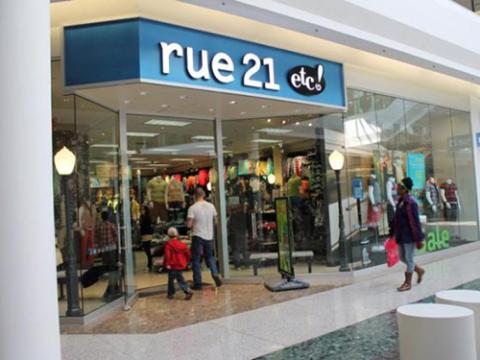 Rue 21 has a new capital structure as its looks to accelerate its digital transformation and also open new stores.

The apparel retailer said that its strong financial position has enabled it to refinance its existing term loan, increase available liquidity and lower its cost of capital. Rue 21   amended its asset-based credit facility to increase availability to $155 million due 2025 led by Bank of America, N.A.

The amendment includes an increase to the FILO loan through a joint partnership with Bank of America and Tiger Finance. As of Dec.16, total liquidity exceeds $100 million. Rue 21 said the new capital structure will allow it to accelerate strategic growth initiatives, including omnichannel enhancements to create more engaging customer experiences.

In addition, the company said its reduced debt load signals its financial strength to vendor and landlord partners.

"Today is an exciting day as we've accomplished our goal of putting rue21 on a secure financial footing in the most unprecedented of times," said Michele Pascoe, rue21's CFO, adding that the retailer continues to outperform expectations with comparable sales exceeding last year's results. "I want to thank Bank of America and Tiger Finance for recognizing our focus on working capital productivity and gross margin expansion, and for providing us with the opportunity to emerge from a post-pandemic world in a position to accelerate rue21's growth."

Rue 21, which has nearly 700 stores in 45 states, recently opened three new stores with another 15 planned for next year. It also launched a loyalty rewards program that has already achieved over 2.8 million members. And in October, the company tapped former HSN president Bill Brand as CEO.

“Today’s announcement is a testament to the leadership of the CFO and the entire executive team in executing our operating strategy and putting us in the enviable position of investing in building the rue21 brand, new digital capabilities and opening more new stores,” said Brand.