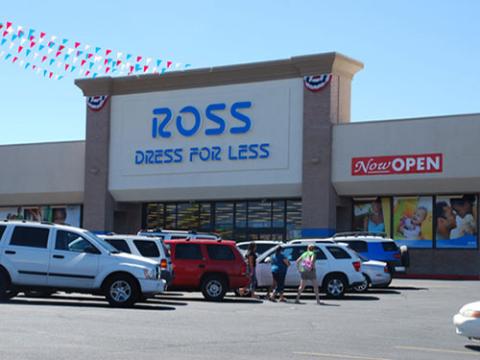 The off-price retailer opened 22 Ross stores and eight dd's Discounts stores in 15 different states and Guam in February and March. The new locations are part of approximately 100 new stores – 75 Ross and 25 dd's Discounts – the company said it plans to open during fiscal 2022, up from 65 in 2021.

Ross recently raised its store potential targets for both its banners.

“Our return to stronger unit growth in 2022 reflects our belief that Ross can ultimately grow to 2,900 locations and dd's Discounts can become a chain of 700 stores given consumers' ongoing focus on value and convenience,” said Gregg McGillis, group executive VP, property development, Ross Stores. “Our continued expansion of both chains also demonstrates our commitment to further building our presence in both existing and newer markets.”

With the February and March openings, Ross operates a combined total of 1,952 Ross and dd's Discounts locations (1,649 Ross stores, 303 dd Discounts stores) in 40 states, the District of Columbia, and Guam. Headquartered in Dublin, Calif., Ross had fiscal 2021 revenues of $18.9 billion.