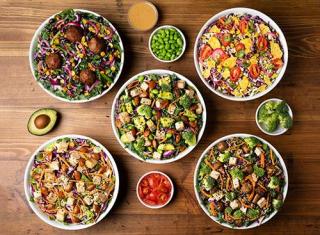 One offering can convince food service customers to come in the door, switch from a competitor, or give a second chance.

According to the 2020 Restaurant Marketing Insights guide from online discount platform RetailMeNot, 85% of surveyed consumers say a deal or discount influences where they choose to eat outside of their homes, and 81% say a deal would make them likely to switch restaurants they planned to dine at.

In addition, 79% of respondents would at least consider revisiting a restaurant where they had had a poor experience if the restaurant offered a discount on their next meal.

The survey also shows digital content is specifically resonating with young diners, as 74% of millennial and Generation Z respondents use websites or apps to search for discounts and deals on fast food, compared to 57% of Gen Xers and boomers. RetailMeNot also finds similar patterns for respondents looking for deals on casual and fast casual options.

According to RetailMeNot data, 86% of consumers eat at fast food restaurants once per month, while about two-thirds visit fast casual (67%) or casual (63%) dining establishments in that time frame. All in all, eating a meal outside of the home costs an average of $281 a month for consumers.

"Aside from a great menu, restaurants must add something extra in their marketing recipe to stand out from the crowd and appeal to consumers," said Michelle Skupin, senior director of retail insights at RetailMeNot. "According to RetailMeNot performance data, dining deals result in higher conversion rates, lifts in guest count, and increased ticket values."

RetailMeNot conducted 1,026 interviews with Americans age 18-plus who have dined out within the past six months in October 2019. Additionally, restaurant spending habits were examined in an August 2019 segmentation study conducted by Kelton Global.