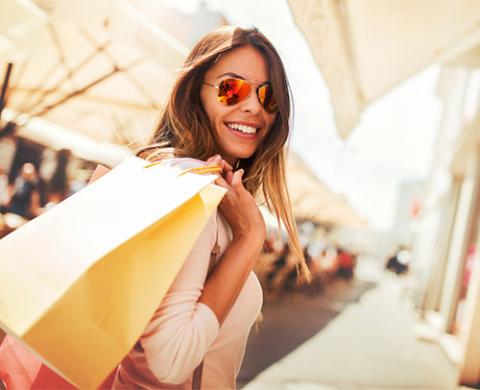 American shoppers didn’t let inflation put too much of a dent in their spending in October, with many getting a jump start on the holiday season.

Core retail sales inched up 0.7% in October from September and up 6.5% year-over-year, according to the National Retail Federation whose calculation excludes auto dealers, gasoline stations and restaurants. In September, sales were up 0.5% over the previous month and rose 7.9% year-over-year.

The U.S. Census Bureau said that overall retail sales in October were up 1.3% from September — the biggest monthly gain since February — and up 8.3% year over year. In September, sales were flat over the previous month but up 8.6% year over year.

Kleinhenz noted that, with employment and wages growing and shoppers accessing accumulated savings, NRF expects the trend to continue.

“Early holiday deals that enticed customers appear to underly the October numbers and more promotions will be seen in November and December, which are historically the big holiday shopping months,” he said.

NRF forecast earlier this month that sales during the holiday season – defined as November through December – will rise between 6% and 8% over 2021. October sales increased in five out of nine categories on a monthly basis. Electronics took the biggest hit on a year-over-year basis, with sales down 12.3%.

Specifics from key sectors for October month-over-month sales are below: