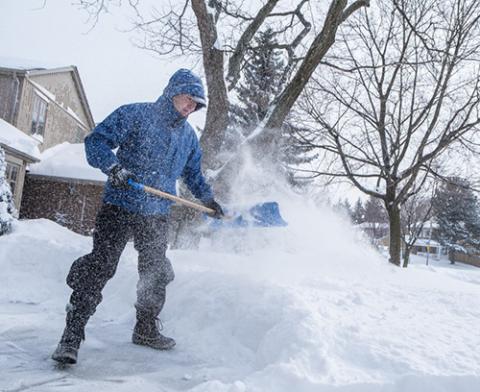 U.S. consumers cut back on spending in February as harsh winter weather across the country took a bite out of sales. But a rebound is likely this spring due to increased vaccinations and the new round of stimulus checks.

Retail sales fell 3.4% in February from January, according to the National Retail Federation, which excludes automobile dealers, gasoline stations and restaurants from its total. Sales rose 7.1% unadjusted year-over-year. The February results compared with an increase of 7.7% month-over-month in January.

The U.S. Census Bureau said that overall retail sales in February were down 3% seasonally adjusted from January but up 6.3% year-over-year. That compares with a monthly increase of 7.6% in January. Despite occasional month-over-month declines, sales have grown year-over-year every month since June, according to Census data.

“After January’s strong showing, we expected some payback in the form of lower figures in February by comparison,” said NRF chief economist Jack Kleinhenz said. “Despite that, it’s hard to see this as a setback when you consider how large the year-over-year gains are and that sales are well above pre-pandemic levels.”

Kleinhenz noted that February spending was impacted by a series of winter storms, which impacted consumers’ ability in many parts of the country to get out and shop, and the IRS’ delay in when it started accepting tax returns, which pushed back the release of refunds.

“Overall, February’s results confirm that consumers are willing to spend as the virus situation improves and continued government stimulus further strengthens the economic backdrop,” he added. With another round of stimulus checks being mailed right now, we expect another large boost in consumer spending over the next few months.”

February retail sales fell in every category except groceries, which were unchanged, on a month-over-month basis. But sales were up in two-thirds of categories on a year-over-year basis. Specifics from key retail sectors are below.