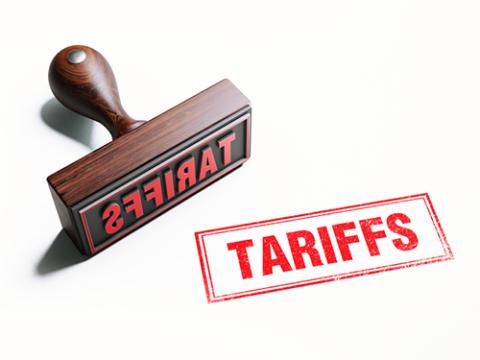 The NRF wants the Biden administration to eliminate China tariffs to ease inflation.

The National Retail Federation wants the Biden administration to eliminate the Trump-era tariffs on goods from China, which it said have cost the average American household more than $1,200 a year.

The NRF is launching the second phase of a major advocacy campaign with broadcast, digital and out-of-home advertising, urging the Biden administration to repeal tariffs on goods from China to lower costs for businesses and consumers who are being severely impacted by inflation.

NRF’s new ad campaign, which includes a 30-second television spot called “Lower Inflation Now by Repealing Tariffs,” builds on the organization’s advocacy efforts encouraging the administration to lower or eliminate tariffs. According to the NRF, the tariffs have cost U.S. importers $136.5 billion since 2019 and cost the average American household more than $1,200 a year.

“While change takes time, repealing and lowering tariffs will help relieve pressure on American consumers,” stated NRF president and CEO Matthew Shay. “We know this is only one of the solutions under consideration to rein in skyrocketing prices but we urge the administration to prioritize the repeal of tariffs.”

NRF’s “Lower Inflation Now” grassroots campaign began in April. It has called on President Biden and Congress to make everyday necessities more affordable by repealing the China tariffs, easing the supply chain crisis by passing the Ocean Shipping Reform Act, addressing the labor shortage by enacting immigration reform and lowering the cost to process transactions by increasing competition in the payments system.

“No one is closer to the consumer than the retail industry, and retailers are doing everything they can to keep prices down despite the economic pressures of high inflation,” Shay said. “We began a grassroots effort months ago and are now expanding our efforts with an ad campaign because the urgency for action grows each day.”