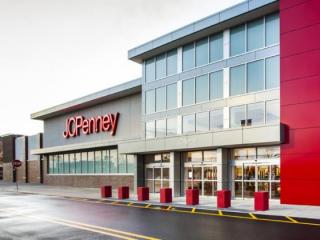 J.C. Penney is reported to be considering filing for bankruptcy protection as fallout from the the COVID-19 pandemic puts added pressure on the long-struggling department store retailer.

In late-breaking developments,  Penney revealed Wednesday that it chose to skip a roughly $12 million interest payment on senior notes due on April 15.  In a filing with the Securities and Exchange Commission, the retailer said it is entering into a 30-day grace period “in order to evaluate certain strategic alternatives, none of which have been implemented at this time."

The skipped payment comes after Reuters reported that Penney is considering a  bankruptcy filing to "rework its unsustainable finances and save money on looming debt payments, which include significant annual interest expenses" in hopes of continuing operations. The 118-year old company is burdened with nearly $4 billion of long-term debt.  (Penney has the second-most debt of any distressed retailer at $4.2 billion, according to Moody's Investor Service, second to luxury retailer  Neiman Marcus Group.)

The retailer is also considering asking creditors for breathing room through transactions that would rework debt outside of bankruptcy court proceedings, the report said.

Penney “has been engaged in discussions with its lenders since mid-2019 to evaluate options to strengthen its balance sheet and maximize its financial flexibility, a process that has become even more important as our stores have also closed due to the pandemic,” a company spokeswoman told Reuters.

Similar to many other retailers, the COVID-19 outbreak forced Penney to temporarily shutter its  stores nationwide, upending its turnaround plan  in the process. Under the leadership of CEO Jill Soltau, Penney has been reducing inventory and refocusing on its core business of selling mid-priced apparel and accessories. It also exited the appliance business and in-store sales of furniture.

Earlier this week, Moody's Investors Service cut Penney’s rating to Caa3, the lowest on the junk rating scale, and tagged it with a negative outlook .

“Although JCPenney liquidity is adequate, the widespread store closures as a result of the coronavirus pandemic and the continued suppression of consumer demand is expected to pressure JCPenney’s (earnings), impede its turnaround strategy and weaken its leverage to unsustainably high levels,” said Moody’s VP Christina Boni.