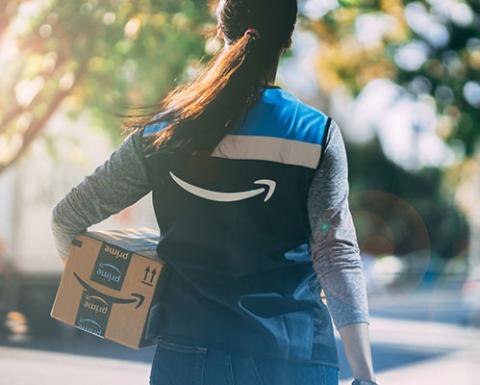 Employees at two Amazon warehouses will vote on unionization.

According to CNBC, workers at the Amazon warehouses known as LDJ5 and JFK8, located in the Staten Island borough of New York City, will soon vote on proposals to organize under the Amazon Labor Union, which consists of current and former Amazon employees. The JFK8 election is scheduled to run March 25-30, while the LDJ5 vote is scheduled to begin on April 25, with votes counted as of May 2.

Amazon has reportedly been engaging in efforts to discourage employees from joining a union, including requiring warehouse associates to attend mandatory “captive audience” meetings.

In February 2022, the National Labor Relations Board (NLRB) mailed ballots for rerun of a union election for employees of an Amazon warehouse in Bessemer, Ala. During the initial vote held in April 2021, voted against joining the Retail, Wholesale and Department Store Union. In a blow to organized labor, the final tally was 738 votes in favor of unionizing and 1,798 votes against. Ballots were cast by approximately 55% of the 5,867 eligible Amazon workers.

However, the union, which represents 15 million workers nationwide, filed a legal challenge to the election and charges of unfair labor practices against Amazon. It has requested a hearing by the National Labor Relations Board "to determine if the results of the election should be set aside because conduct by the employer created an atmosphere of confusion, coercion and/or fear of reprisals and thus interfered with the employees' freedom of choice.”

Amazon puts spotlight on workforce
Since that April 2021 union vote, Amazon has attempted to present itself a pro-employee organization. In his final letter to shareholders, former Amazon CEO Jeff Bezos reflected on unionization drive at the Bessemer warehouse and said the company needs to do a better job for its 1.3 million employees.

Since Bezos issued that letter, the e-tail giant has launched initiatives such as no longer including marijuana in its comprehensive drug screening program for most workers, actively supporting efforts to legalize marijuana at the federal level, and tweaking its use of its controversial “Time off Task” metric, a measure of any time workers spend away from the tools at their stations. Critics and some employees have said the metric contributes to a stressful work environment, causing them to avoid taking bathroom breakers and to keep up a fast pace that can lead to on-the-job injuries.