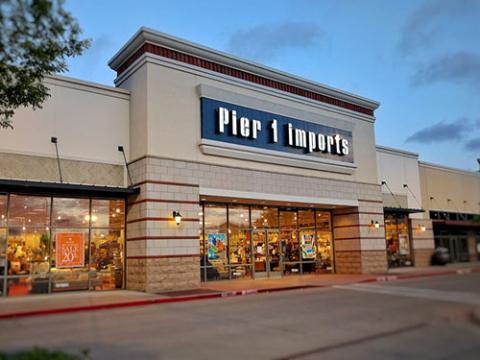 Pier 1 Imports might soon become a shadow of its former self.

Pier 1 Imports, which filed for bankruptcy protection in February, is expected to receive a revised purchase offer that would keep open less than 100 of the retailer’s 900-plus locations, reported Bloomberg.

The bid is from CSC Generation, whose DirectBuy subsidiary acquired the assets of Z Gallerie in a bankruptcy auction last summer. It comes as Pier 1’s bankruptcy court process has been put on hold while its stores are temporarily closed due to the COVID-19 pandemic. (In March, a bankruptcy court granted a request from Modell's Sporting Goods to suspend its bankruptcy proceedings until at least April 30 to counter the operational shutdown of Modell’s store closing sales caused by COVID-19.)