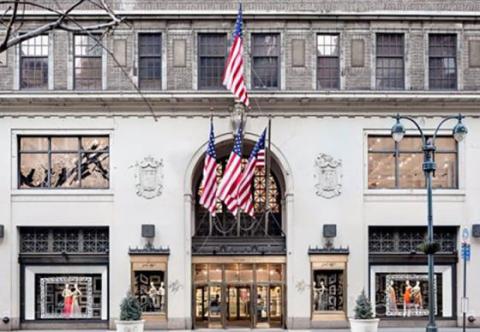 Amazon is expanding its presence in New York City by buying one of Manhattan's landmark retail buildings.

According to the New York Post, the e-tail titan will pay $1.15 billion in a cash transaction for the 11-story, 660,000-sq.-ft. building. Amazon will reportedly use the building as its New York headquarters and have several thousand employees work there.

WeWork Property Investors purchased the property from Lord & Taylor parent Hudson’s Bay Company (HBC) for $850 million in February 2019. HBC retained a $125 million equity stake in the building as part of the deal.

Co-working office space company WeWork had been planning to use the building as its own headquarters, but has scaled back its growth since losing 80% of its valuation since the beginning of 2019. Most of Amazon’s purchase price will reportedly go toward paying off $750 million in construction loans for WeWork, with the company and its co-founder Adam Neumann not profiting from the agreement.

Since ending its bid to open a second headquarters in New York in February 2019, Amazon has leased 335,000-sq.-ft. of space in the city’s Hudson Yards development and is reportedly negotiating to lease 400,000-sq.-ft. of office space on West 34th Street.