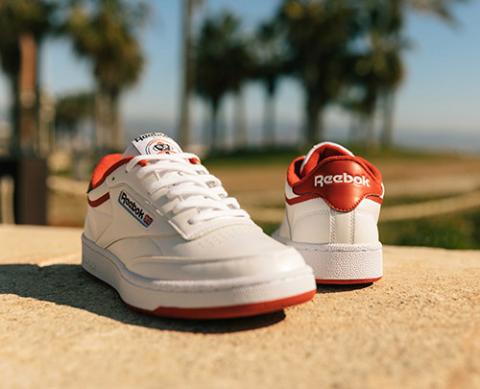 Authentic Brands Group is adding a big name to its brand lineup.

The retail brand management conglomerate has entered into an agreement to buy Reebok from Adidas for €2.1 billion ($2.5 billion), with the majority to paid in cash. The news was not unexpected. In February, the German sporting goods giant said it was planning to sell or spin-off the underperforming Reebok brand as part of a new five-year strategy aimed at strengthening Adidas’ position in the global sporting goods market.

With the acquisition, Authentic Brands adds yet another brand to its fast-growing portfolio, whose brands include Forever 21, Aéropostale, Brooks Brothers, Juicy Couture. Barneys New York, Nautica, Izod and more. The retail conglomerate has approximately 6,300 freestanding stores and shop-in-shops around the world.

“We’ve had our sights set on Reebok for many years, and we’re excited to finally bring this iconic brand into the fold. Reebok not only holds a special place in the minds and hearts of consumers around the world, but the brand also has expansive global distribution,” said Authentic Brands founder, chairman and CEO Jamie Salter. Adidas has been an incredible steward of the Reebok brand, and we look forward to working with the Reebok team to continue their great work and further its position as one of the world’s leading consumer brands.”

Reebok currently operates in 80 countries, with approximately 70% of its business hailing from outside the United States and Canada. Authentic Brands said its goal is to maintain the footwear brand’s global footprint across retail, wholesale and e-commerce channels.

Reebok will remain based in Boston. Authentic Brands will work closely with Adidas, Reebok president Matt O’Toole and the entire Reebok team to transition the brand to ABG’s platform.

Authentic Brands said it plans to employ its core playbook with Reebok, connecting it with “best-in-class licensees and a network of partners that seek to optimize value in the marketplace.”

The transaction is expected to be completed in the first quarter of 2022. The majority of the acquisition price will be paid in cash when the deal closes.