When anchors go away

When anchors go away

A convenient, albeit misleading headline has gained great currency in the retail business — this being that physical retail is disappearing at a rapid rate as shoppers and sales migrate online, creating a real estate landscape rich in opportunity for those (few) retailers who do still actually want to open brick-and-mortar stores.

As is usually the case, the full picture is rather more complicated and nuanced. Certainly, physical retail is under tremendous pressure from online in particular, and some retailers are responding to competitive pressures and changing shopper behaviors by closing stores and rationalizing their networks — sometimes very severely. Among the most prominent in this respect is the department store sector, J.C. Penney and Sears in particular. This dynamic is by no means confined to the U.S. either. But this does not mean that all of retailing is migrating online and that all retailers are closing stores and rationalizing their networks.

In fact, many of the high-growth and highly visible specialty retailers that started out as online businesses are discovering the “joy of stores” and that, for many, the optimal route to market is to combine the online and the physical in ways which play to the relative strengths of both. Think Casper and Eve in mattress retailing. In Europe, the phenomenon that is MyMuesli which is opening ever more stores while it continues to also grow its online business. In automotive, Tesla announced that it would close all its stores and then, a short while later, announced that, err…they won’t after all as it was clear that shoppers need the store experience to support the online engagement and vice versa. And, of course, the largest of them all, Amazon is both opening its own stores and buying large chains of other peoples, most notably Whole Foods Market. Although, it is worth remembering that Amazon has never defined itself as an online-only retailer or, indeed, as just a retailer at all.

Vicious downward spiral
While a relatively small number of retailers, such as department stores, are closing large numbers of stores, the challenge for many specialty retailers and mall operators is that these are often the anchor tenants that, in a previous era, were major traffic generators. And it remains the case that when a department store shutters in a shopping mall, the entire viability of that mall can come into question as a vicious downward spiral sets in — fewer stores lead to fewer reasons to visit, which leads to fewer stores and so on. In consequence, mall space is becoming ever more sharply polarized between prime space that is strongly tenanted, differentiated, and interestingly relevant to shoppers, and C and D grade centers which have none of these attributes and, for which, the closure of a department store anchor can tip the entire mall from viability to oblivion.

Neither is it the case that space vacated by the department store anchors and the large specialty store sub-anchors can be easily re-tenanted by high growth speciality retailers looking for new locations. Very often the space is simply wrongly configured for such different uses, especially when it is multi-level space. Equally often, it is too expensive and complicated to refit a space built for one use to accommodate a very different use. The better option for many mall operators is to attempt to reimagine their centers in ways which dial up the entertainment component and, relatively, dial down the transactional retail part thereby, at least in principle, “future-proofing” their malls against further growth in online. This can mean reconfiguring vacated large units into gyms, kids’ clubs and play areas, and more localized and differentiated food offerings.

So, the narrative that when mass merchants exit shopping malls they are liberating space that speciality retailers can and are affordably reconfiguring and occupying is not what is actually taking place in most malls. Instead, what is happening is that malls are becoming much more sharply polarized between premium space valued by retailers and shoppers and, consequently, still expensive to occupy, and poor-quality mall space that is unattractive to shoppers and very difficult for speciality retailers to remain viable in once the anchor tenants have departed.

Alan Treadgold is a retail expert at PA Consulting. 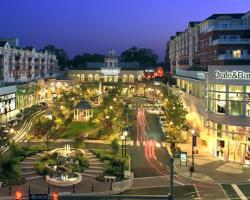 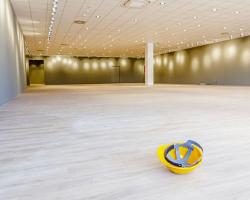 REAL ESTATE
Mall for One and One for Mall 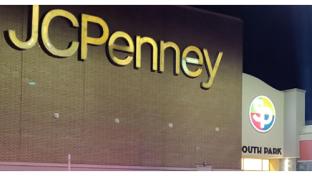 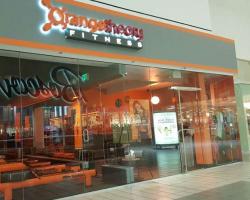