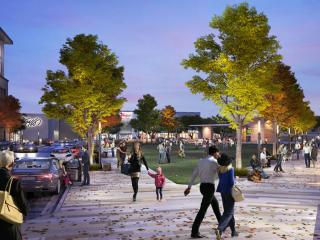 In what it calls the most ambitious plan of its kind for a retail real estate company, Unibail-Rodamco-Westfield has announced that Westfield properties the United States and United Kingdom will be added to its plan to cut the corporation’s total carbon footprint in half by the year 2030.

Better Places 2030 commits all properties and operations to reduce energy consumption in every facet of its business, including building construction, business operations, and visitor transportation. It also sets down directives for responsible consumption.

In conjunction with today’s announcement, URW in the U.S. formally approved new solar power projects at three of its largest and most productive centers: Westfield Valley Fair in Silicon Valley, Westfield UTC in San Diego, and Westfield Garden State Plaza in New Jersey.

“We have no doubt that sustainability is paramount to our success and are continually seeking new ways to better serve our communities by improving our environmental footprint and strengthening our social impact,” said URW U.S. president Jean-Marie Tritant.
Advertisement