By Bruce Schanzer and Jennifer Bitterman

The holiday season has kicked off in earnest over the past weekend, and we are optimistic about the growth trajectory forecasted for the holiday shopping season. Deloitte’s holiday forecast suggests a 4.0-4.5% increase in spending from November through January over prior year levels, and the National Retail Federation anticipates November and December retail sales to increase 4.1% over 2013. Cedar Realty Trust echoes the sentiments of these economic forecasters and anticipate a modest increase in overall holiday spending, whether online or in-store during the peak spending period. Steady improvements in economic fundamentals, coupled with lower than average gas prices across the nation, are fueling our optimism.

Traffic at our centers appeared strong throughout the entire week leading up to the Thanksgiving holiday.Cedar’s centers are generally grocery-anchored, complimented with a strong mix of soft-goods junior anchors and small-shop tenants. Because our centers are grocery-anchored, we see the increased traffic levels start early, as people begin to stock their refrigerators to prepare holiday meals. This increase in traffic is maintained throughout the holiday season. Early indications show that our Kempsville Crossing center in Virginia Beach, Virginia, has seen a pick-up in traffic and sales velocity, as a new Walmart Neighborhood Market opened in mid-October 2014. At Colonial Commons in Harrisburg, Pennsylvania, this will be our first holiday season for our newly constructed Ulta and Old Navy junior anchors. These tenants will help drive additional traffic and compliment the already established soft-goods tenant mix at the center.

The Black Friday creep started again this year with many online retailers promoting Black Friday sales on or before Thanksgiving. Amazon and Walmart in particular started their Black Friday promotions nearly a week early, and we began to hear and see holiday advertisements in early November. Many major retailers opened at some point on Thanksgiving, adding another day to an abbreviated holiday shopping season. Electronics and appliance retailers opened earlier than most on Thanksgiving, starting doorbusters and special promotions mid-afternoon. This early promotion and the creep of Black Friday likely influenced consumer spending patterns, and drove consumers to start their holiday shopping earlier than in prior years.

E-commerce sales will be poised to experience double-digit growth in 2014. Deloitte’s forecast suggests that online holiday retail sales and mail order purchases in the United States will increase between 13.5% and 14.0% compared with 2013. Retailers are gearing up to utilize a more engaging, omni-channel shopping experience during this upcoming season. It is estimated that nearly 50% of purchases will involve “digital interactions,” whether they be from sales directly on the Internet, or checking out via tablets or smartphones at brick-and-mortar locations. Price sensitive consumers will utilize the Internet to help price-shop across various retailers for the most affordable pricing prior to venturing out to the stores.

Many retailers will also encourage in-store pick-up for sales purchased on the Internet to help drive additional traffic to brick-and-mortar locations. Consumers are likely to make additional in-store purchases when driven to the physical location for pick-up of goods purchased online. At many of our grocers, consumers will have the option to shop online for their groceries and pick-up at locations at our centers. This will not only drive increased traffic at our grocers, but also incremental traffic in our centers. Driving consumers to retail destinations for online pickup will help increase traffic and hopefully sales volume at all retail outlets.

Lower gas prices across the nation may also serve as a catalyst to help further boost holiday sales and increase traffic in malls and shopping centers. Price conscious consumers, like the shoppers we attract at many of our retail centers, will likely feel a small increase in disposable income due to recent falling gas prices resulting in savings at the pump. Deloitte estimates that lower gas prices could provide US households with up to $260 that can be used towards increased spending during the holiday season. This savings will hopefully translate into spending at our tenants that attract a price conscious consumer, including dollar stores and discount retailers like Dollar Tree, Ross Stores and our TJ Maxx concepts.

At Cedar, we are optimistic about the strength of this holiday season and future consumer spending forecasts. We hope to have a fruitful holiday season at our centers and expect this momentum to continue into 2015.

Bruce Schanzer is the President and CEO of Cedar Realty Trust. 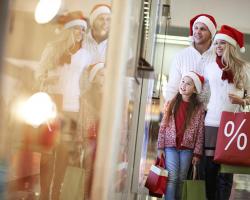 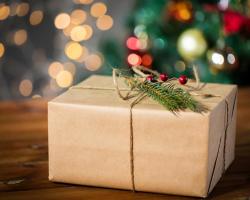 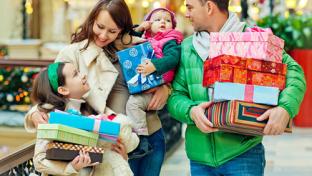 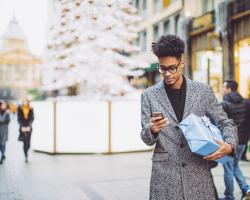