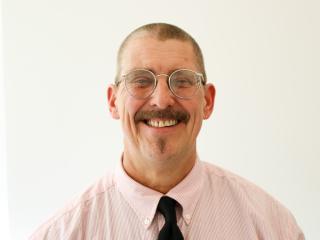 One of the biggest affronts to the aesthetics, as well as the operations, of a shopping mall is the parking lot. So there is irony in the knowledge that, when he envisioned the creation of the first mall in Edina, Minn., Victor Gruen imagined it as a counter to what he called the “car-centric” American culture.

When he came to New York from his native Austria in the 1930s to design stores and retail centers, he was both amazed and appalled at the amount of time Americans spent in their cars. He saw removing them from their vehicles with compelling storefronts as his chief mission, and he intended Southdale Center in Edina as a Viennese arcade with a rooftop that would allow Minnesotans to leave their vehicles and stroll leisurely through indoor greenery, pause at cafés to socialize, and, yes, to shop.

What Gruen attempted to create was what sociologist Ray Oldenburg would later call “the third place,” an oasis outside of the places we live and work, where quality time could be spent mingling with other people.

“What suburbia cries for are the means for people to gather easily, inexpensively, regularly, and pleasurably — a ‘place on the corner,’ real-life alternatives to television, easy escapes from the cabin fever of marriage and family life that do not necessitate getting into an automobile,” Oldenburg wrote. “Third places are nothing more than informal public gathering places.”

The appearance of the phrases “gathering place” and “town center” in the leasing brochures of retail center developers signals that they have tapped into Gruen’s original vision. Oldenburg opined that 1980s-era malls lacked focal points where people could mingle apart from the corridors of consumerism. And it’s hard to find a retail developer these days that hasn’t bought into the notion that restaurants, entertainment attractions, and social events are what’s needed to produce the traffic they promise retailers.

Malls and shopping centers are real, physical places. That’s their competitive advantage versus the internet. You don’t hear people say they got engaged, ran into Aunt Sally, or sat down with Santa on a website. Shopping centers can at least aspire to be the third place. Websites cannot.

This column is part of Chain Store Age's special coverage leading up to the 2018 ICSC RECon, which runs from May 20 to 23 in Las Vegas. CSA will be posting stories from its May/June 2018 issue that include:


Stay tuned for pre-show coverage posted each day this week.