The well-known Coca-Cola logo will be going up on the soon-to-be renowned retail-entertainment center in the New Jersey Meadowlands.

Aside from being the official soft drink supplier at the property, Coca-Cola will host events featuring celebrity spokespeople, host a social media storefront, and operate Coca-Cola Eats, an 800-seat restaurant serving dishes and Coca-Cola products from across the globe.

“American Dream is a project like no other,” said John Mount, Coca-Cola’s VP of sports marketing and region assets. “Our diverse drink offerings translate across cultures, and that matches well with the global audience American Dream will attract."

First envisioned as Xanadu by its original developer, The Mills Corporation, in 2003, the project now called American Dream was brought to life by the Ghermezian family, operators of Mall of American and the West Edmonton Mall. It will feature a water park designed by DreamWorks, an amusement park from Nickelodeon, and the Big Snow indoor ski slope, and 450 retailers and restaurants.

“Our goal is to always create authentic relationships between brands and our audience of over 40 million guests per year, said Debbie Patire, American Dream’s senior VP of marketing. 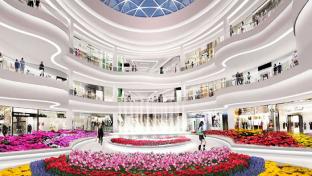 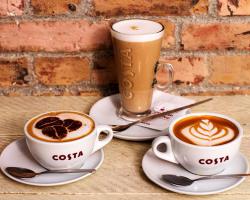 FINANCE
Coke buys a coffee chain, setting the stage for competition with Starbucks