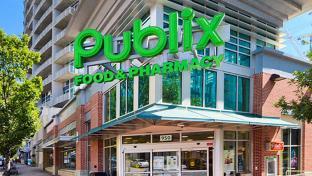 Publix took the top spot in a review of how well retail food websites complied with standards set by the Americans With Disabilities Act.

“In a world of social distancing coupled with the constant negativity surrounding the handling of the pandemic, there is a bright spot in the supermarket industry,” the group said in announcing the results of its latest website audit project.

Retailers' websites have come under increased attention with regards to accessibility , largely due from a 2019 U.S. Supreme Court decision. Last October, the Supreme Court “cleared the way … for blind people to sue Domino’s Pizza and other retailers if their websites are not accessible,” reported the L.A. Times.

“In a potentially far-reaching move, the justices turned down an appeal from Domino’s and let stand a U.S. 9th Circuit Court of Appeals ruling holding that the Americans With Disabilities Act protects access not just to restaurants and stores but also to the websites and apps of those businesses.”

Lululemon, Louis Vuitton, Build-A-Bear Workshop, and hundreds of other retailers have all been sued in the past few months, according to Sean Bradley, co-founder president and CEO of AudioEye, said in a posting on CSA.

“In each case, the plaintiff argued that digital access barriers blocked their ability to fully access those companies’ websites or mobile applications,” he wrote.