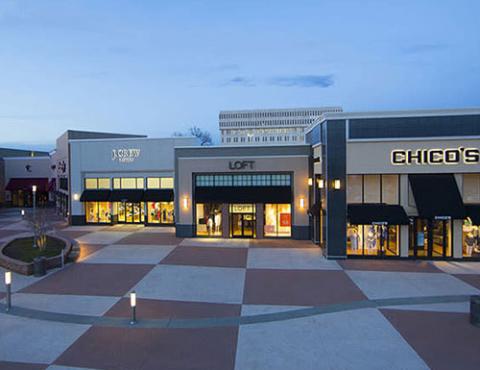 Plymouth Meeting Mall is not far from Simon's powerhouse property in King of Prussia, Pa.

PREIT, one of a number of traditional mall owners engaged in major renovations, reaped outstanding results from its efforts at re-done centers over the holidays.

Plymouth Meeting Mall in the Philadelphia suburbs kicked off the holidays with a 24% traffic increase on Black Friday and held that momentum with a 22% rise during the remainder of the season.

Much of the increase, according to PREIT, was due to new tenants Burlington, Dick's Sporting Goods, Miller's Ale House, and Edge Fitness that moved into a former Macy’s space. Michael's will fill out the rest of the anchor square footage when it opens in March.

Average sales per sq. ft. for the PREIT portfolio for the fourth quarter hit $539, an all-time company high. Some 16 million people visited PREIT malls during the holidays.