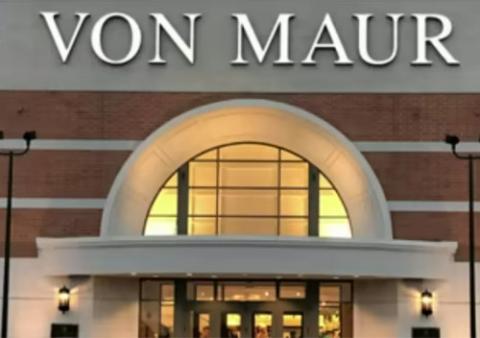 Data told The Village of Rochester Hills in Michigan to put a new department store, Von Maur, in the place of its old one, Carson's.

Malls are dying?  Not the ones that succeed in turning themselves into “The Third Place.”

That’s the premise of a new whitepaper, “Malls that are Rising to the Top,” from the traffic data specialists at Placer.ai.

It presents examples of properties that are well on their way to becoming “Third Places”--the retail real estate industry’s new buzz-phrase for role properties must play to carve time out of the busy schedules of 21st Century Americans. (Their other two places are home and office.)

Placer.ai declares that there are five efforts malls should be engaged in to accomplish this:

“While they may no longer play the central roles they once did in Americans’ shopping routines, malls still serve as indoor community hubs where friends and family can come together for diverse food, shops, and entertainment options,” read the report.

Here are some notable examples of third-placemaking cited by Placer.ai.

Casino’s traffic jackpot: The Hollywood Casino that opened in a former Sears space at CBL’s York Galleria Mall in Pennsylvania last year has done more to build traffic there than a master set of Craftsman tools. July 2021 traffic at the property was 2.4% below headcounts from three years before. The opening of the casino in August drew traffic that was 31.4% higher than it was in August 2018.

Surge in dwell time: Fabled footballer Drew Brees hit paydirt for Brookfield Properties’ Pierre Bossier Mall in Louisiana when it opened a Surge Entertainment center--a 15-location zip-lining, bowling, and laser tag chain that Brees co-owns. Between July 2021 and March 2022, dwell time at the mall ranged between 51 and 58 minutes. When Surge opened its doors in April, dwell time at the mall catapulted to 78 minutes. In the four months since its opening, dwell times have not dropped below 75 minutes.

Von Maur does more. The Village of Rochester Hills in the Detroit metro decided to fill its space vacated by Carson’s with another department store, Von Maur. Before signing its lease, Von Maur used Spatial.ai’s GeoWeb data and found that the Total Trade Area surrounding The Village had an index of 131 for department store shoppers—meaning that locals engaged in department-store-related content 1.3 times higher than the national average. Center visits increased by 16.9% when Von Maur opened in March 2022. When Carson’s was the anchor department store in March 2019, traffic rose just 4.3%.

Placer.ai noted that mall dwell times are likely to remain shorter than they were prior to the pandemic. Shoppers spent an average of 70 minutes in malls in 2019.  Sixty-two minutes was the average last year, a time length that has continued into 2022.

But that’s not an entirely negative indicator, maintained the traffic data supplier.

“Consumers today are highly informed, so many intent-driven shoppers may simply be doing more research ahead of time and less in-mall browsing,” the whitepaper stated.