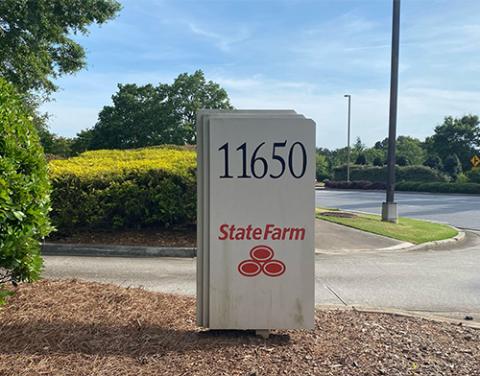 Less than a year after it came together, Toro Development Company has announced plans to turn a 43-acre site in Johns Creek, Ga., into a “Third Place” combining retail, dining, and entertainment.

Company chief Mark Toro had done the same thing at the award-winning Avalon mixed-use center in Alpharetta when he was with North American Properties. When he left to start TDC, his plan was to acquire outmoded properties and “transform them into their highest and best use.”

In Johns Creek, it’s a former State Farm Insurance operations center that Toro intends to turn into a walkable mixed-use site that will evolve into a community bustling with events, exceptional retail, and restaurants with residential units overhead—the “vertical development” design installed at Crocker Park in Ohio by another acclaimed retail developer, Bob Stark.

Early concepts for the as-yet-unnamed development include chef-driven restaurant patios that spill into wide sidewalks, greenspaces with soft seating, and an event plaza with a stage for weekly live music and entertainment.

TDC’s “Third Place” appellation for the project identifies it as a site where Johns Creek residents can gather and feel connected to their community outside of home (First Place) and the traditional office (Second Place). Toro’s choice of the former State Farm complex for the development, however, reveals his doubts that old office parks will continue to survive.

“Suburban office campuses are a dying breed,” said Toro, who is principal and chief vision officer of Toro Development Company. “We will transform this property by introducing a mix of uses that will buzz with energy, excitement, and connectivity. It will be a place where people come together to celebrate first dates, birthdays, marriage proposals, and everyday moments that bring invaluable meaning to our lives.”

Four other former NAP developers-- John Kelley, Richard Munger, Vicky Boyce and Carla Cox--round out the TDC team. All worked on the turnaround of Atlantic Station, the ground-up development of Avalon, and the redevelopment of Colony Square in the Atlanta metropolitan area.

“This isn’t going to be Avalon 2.0,” insisted Toro. “This is about creating a place that is special and unique to this community. We are excited to work with the mayor and council over the coming months to create Johns Creek’s Third Place.”