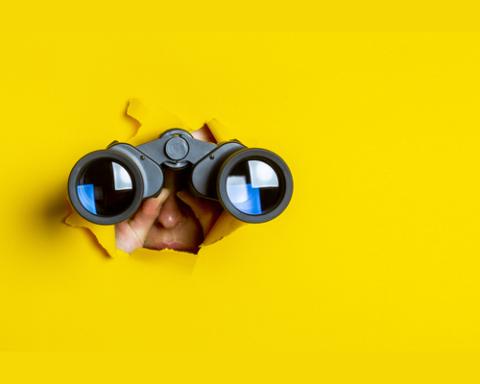 These retailers are coming in hot.

An eclectic lineup of retail brands (and one fitness chain) have big plans to expand their presence this year and beyond.

A new report from foot traffic analytics firm Placer.ai identifies 10 expanding brands to watch in the coming year. Each of the brands has seen substantial growth in either foot traffic or footprint during the past year or so.

Here’s a brief recap of the 10 brands in the report.

• Allbirds: The digitally native sustainable footwear brand has made the leap to brick-and-mortar with 32 stores, but it’s just getting starting.  In documents filed with the Securities and Exchange Commission for its IPO, the company said it was in the early phase of a ramp-up “towards hundreds of potential locations in the future.”

• Arhaus: The furniture retailer targets high-income households (those with household incomes of greater than $100,000), which continue to grow as a percentage of household ownership in the United States. Arhaus currently has more than 70 stores, with an ultimate target of 165-plus locations nationwide.  It recently introduced a smaller, design-studio format.

• Blink Fitness: The affordable fitness chain has seen its year-over-two-year visits skyrocket, with fourth-quarter 2021 visits 33% higher compared to the fourth quarter of 2019. It shows no sign of slowing down as consumers look for more affordable, low-commitment alternatives to pricier health clubs.

• Burlington: The off-price retailer is kicking up its expansion, and intends to open roughly 120 new stores in 2022, and 130 to 150 new stores annually. The chain’s new prototype is about 32, 000 sq. ft. compared to its previous average of 42,000 sq. ft. The smaller format has increased the pool of potential real estate sites and allowed the company to operate with a leaner inventory.

• Dutch Bros: The fast-growing, Oregon-based drive-thru coffee chain, which went pubic in September,  currently has more than 500 locations, with plans to open at least 125 locations this year.  In its filing, Dutch Bros. said it hopes to eventually have 4,000 shops, with the majority of its growth to be company-owned locations.

“For all the advantages of growth through franchising, company-operated stores may have an easier time of quickly adapting and maintaining brand integrity in a highly dynamic and constantly changing environment,” Placer.ai noted.

• Gopuff: The online food delivery company has started to open its micro-fulfillment centers to the public, including locations in San Francisco, Texas and Florida.

In addition, its acquisition of 161 BevMo! Stores in California, Arizona and Washington and 23 Liquor Barn location  in Kentucky signals more aggressive retail expansion in 2022, both organically and via acquisition, according to Placer.ai.

• Popshelf: The new format from Dollar General targets a younger, wealthier and more suburban shopper who love looking for a good deal with continually refreshed merchandise. Most of the items are priced under $5. The company plans to open approximately 1,000 Popshelf stores by the end of 2025, beginning in 2022 with the addition of 100 locations.

“The brand has benefited from two key trends in the restaurant industry post-COVID: drive-thru and menu simplicity,” said Placer.ai, noting that it has been ahead of the curve with its multi-lane drive-thru locations.

• Sephora in Kohl’s: The 2,500-sq.-ft. in-store Sephora shops in Kohl’s are designed to offer an experience that mimics the look and feel of a freestanding Sephora, with an assortment includes prestige makeup, skincare, hair and fragrance brands. Currently, some 200 shops are open, with plans to add 400 more in 2022, towards a goal of 850 shops by 2023.

According to Placer.ai, the remodeled stores with the Sephora shops have consistently outperformed the non-remodeled stores on a year-over-year basis each week since their reopening.

• Warby Parker: One of the first online retailers to make a commitment to physical retail, Warby currently has more than 160 stores, with 35 new locations opened last year.

“The company’s unique strengths lie in its vertical integration and its ability to leverage data,” Placer.ai stated. “The vertical integration gives Warby fast-turning production capabilities and enables the brand to sell merchandise that is consistently on-trend and in-style, with inventory turns of five times annually versus the traditional industry standards of two times.”

According to the report, Warby Parker has seen foot traffic at its stores increase roughly 75% between September 2020 and December 2021.