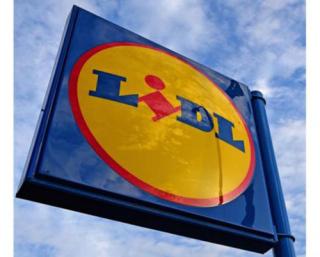 Discount grocery chains are gaining favor with shoppers amid inflation.

Discount grocery chains are stepping up their expansion as grocery prices rise and shoppers consider new ways to cut down on costs.

That’s according to a new white paper from foot traffic analytics firm Placer.ai, which examines the U.S. grocery sector  from a location analytics perspective. It found that discount grocery chains  Aldi, Lidl, and Grocery Outlet — all of which are “expanding aggressively”  —  are becoming “household names” as consumers are squeezed by high prices.

The report, "Grocery Deep Dive, May 2022: Growth Opportunities Amidst Rising Prices and Shifting Preferences," contains a review of the recent performance of the three discount grocers.  Here are the highlights:

“The presence of its stores is already impacting competitors, with certain neighboring brands adjusting their pricing to stay competitive with newly opened Lidl stores,” the report stated.

Placer.ai looked at two designated market areas (DMAs) – New York (including all five New York City boroughs and Long Island) and Philadelphia — and compared Lidl visits with overall grocery foot traffic and with visits to two of its competitors, ShopRite and Whole Foods.

Using January 3rd, 2022, as a baseline, Lidl outperformed both the other two chains and overall grocery foot traffic every week.

Aldi’s foot traffic numbers further deepen the idea that consumers are now on the hunt for
lower prices, according to Placer.ai. A first-quarter  2022 comparison of Aldi stores in Houston and Baltimore to other top grocery chains in the DMA showed that Aldi consistently outperformed its competitors and the local grocery sector.

While much of the foot traffic increase is likely due to the growth in U.S. locations,  Aldi’s signature low prices likely also play a role in attracting high visit volumes.

•Grocery Outlet: The California-based chain has some 410 stores, which are run by independent owner-operators. Grocery Outlet takes advantage of opportunistic buying-- working with brands that have excess inventory, seasonal closeouts or packaging changes  —to support pricing on those items that the company says can be 40% to 70% below competitors.  (The assortment is enhanced with conventionally sourced basics priced at or below market leaders.)   Each local store owner chooses products from the company's inventory, personalizing the store’s selection to its local community.

Placer.ai found that Grocery Outlet's foot traffic in California and Washington compared to visits to similar stores in those states showed the chain performing better than many counterparts every week of the first quarter of 2022.