Pier 1 Imports posted another big quarterly loss as the retailer aggressively cleared out goods in anticipation of its merchandising and marketing reset, key elements of its turnaround strategy.

Net sales fell 14.3% to $304.6 million. Same-store sales decreased 12.6%, reflecting lower average customer spend, which is primarily attributable to changes in the company’s merchandise mix and decreased store traffic, according to Pier I. Margins shrank amid the ongoing clearance of lower-priced and lower-margin goods.

“As we expected, sales and margins remained under pressure in the second quarter,” stated Cheryl Bachelder, interim CEO. We exited non-go-forward products through aggressive clearance actions, which was the primary driver of our net loss in the quarter. However, the strategic decision to clear through goods paved the way for our merchandise and marketing reset this fall. Fresh assortments began flowing into stores during the final weeks of the quarter and as we move closer to holiday, we look forward to delivering more of the unique, on-trend seasonal goods the Pier 1 brand is known for.”

In June, Pier 1 completed a 1-for-20 reverse stock split to meet minimum share price requirements and prevent its stock from being delisted from the New York Stock Exchange.

Bachelder said that Pier 1 continues to make progress against its fiscal 2020 action plan, and remains on track to achieve benefits of $100 million-$110 million this year, as previously outlined. The company anticipates its new marketing and merchandising initiatives will start to gain traction during the second half of its fiscal year.

“We expect a gradual recovery and believe we’ll be positioned to demonstrate year-over-year improvement in company comparable sales and gross margin rate beginning in the fourth quarter,” Bachelder said. “Our teams are working diligently to turn the business around and we believe that Pier 1 can prosper once again.”

Earlier this year, Pier 1 said it was looking to close some 57 locations in its current fiscal year, higher than the chain’s previous estimate of 45. The company operated 951 stores at the end of the second quarter, down 38 locations from a year ago. 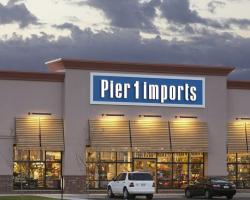 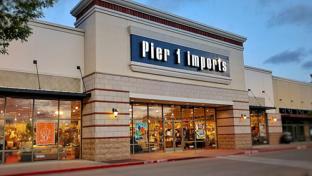