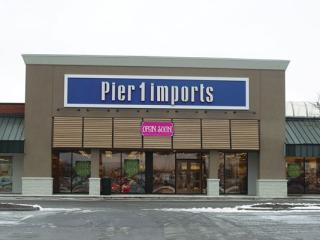 Pier 1 Imports has tapped its finance head to do double duty.

The struggling home décor retailer named Robert Riesbeck as CEO and a director of the company. Riesbeck, who joined Pier 1 in July as CFO, will also continue to serve in that position. As CEO, he replaces Cheryl Bachelder, who has acted as interim chief since December 2018. She will remain a member of the board.

Pier 1 also announced that the New York Stock Exchange has accepted the company’s plan to regain compliance with NYSE continued listing standards. It now has 18 months to get its stock price up enough to avoid delisting. (Pier 1 received a letter on Aug. 5 saying that the company’s market value had fallen below $50 million over a 30-day trading period.)

“We are pleased that the NYSE has accepted our plan to regain compliance with its continued listing standards,” said Riesbeck. “The management team and our talented associates remain focused on driving a sales turnaround and improved profitability to increase our market valuation and deliver value for our shareholders and other stakeholders.”

Pier 1’s new CEO brings with him more than 25 years of leadership experience in retail and consumer goods with expertise in both growth and turnaround, the company said. Prior to Pier 1, he was CFO of FullBeauty Brands, from June 2018 to February 2019, and as CEO and president of electronics and appliance retailer Hhgregg, from February 2016 to June 2017.

From 2010 to 2014, Riesbeck served as an operating executive at Sun Capital Partners.

“Bob has stepped into a leadership role at Pier 1 with a sense of urgency and deep capability and we are thrilled to appoint him as CEO,” said Terry London, chairman,” Pier 1, which operates 950 stores. “We thank Cheryl for serving Pier 1 as interim CEO over the last 10 months. She has made important progress in developing a clear plan and roadmap for success, including assembling a strong team to guide the company into the future.”

In other appointments, Pier 1 promoted Donna Colaco to president. Colaco joined Pier 1 in December 2018 as executive VP and chief customer officer. Previously, she served as brand president for Chico FAS’ White House | Black Market. She replaces Douglas Diemoz, who had served as president, has departed from the company.