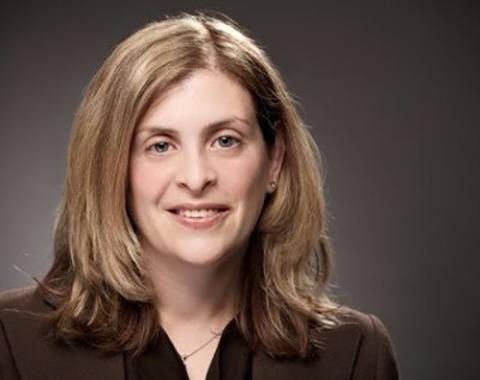 Peloton Interactive Inc. is bringing in a VP-level executive from Amazon’s web services division to take the place of its departing CFO.

The high-tech startup brand that sells indoor cycling bikes tied to a live-streamed workout experience has appointed Liz Coddington as its CFO, effective June 13, 2022. Coddington brings more than 20 years of experience in financial planning and analysis and operational finance.

Coddington succeeds Jill Woodworth, who has decided to step down as Peloton's CFO after serving the company since 2018.Woodworth will serve as a consultant for Peloton on an interim basis, helping to ensure a smooth transition and supporting the company in preparation to report its fiscal year 2022 financial results.

Most recently, Coddington served as VP of finance for Amazon Web Services. Prior to Amazon Web Services, she held senior leadership roles at business-to-business and consumer-facing companies, including as CFO of Adara and Walmart.com, as well as VP, financial planning and analysis of Netflix. She holds a bachelor of science in chemical engineering from the Massachusetts Institute of Technology (MIT) and an MBA from the University of North Carolina at Chapel Hill.

"Liz is a deeply talented finance executive and will be an invaluable addition to Peloton's leadership team,” said Peloton CEO Barry McCarthy. “Having worked at some of the strongest and most recognizable technology brands, she not only brings the expertise needed to run our finance organization, but she has a critical understanding of what it takes to drive growth and operational excellence. I have seen her intellect, abilities, and leadership firsthand and am excited to work closely with her as we execute the next phase of Peloton's journey."

Veteran Amazon execs depart
Coddington is the second high-level executive to announce a departure from Amazon in the past week. On Friday, June 3, Dave Clark, a 23-year Amazon veteran and one of the most important executives at the company, said he will step down, effective July 1, 2022, to pursue other opportunities.

Amazon revealed the news in a regulatory filing and also in a message to employees by company CEO Andy Jassy that was posted on the Amazon website. No immediate successor was named, but the company said it expected to provide an update during the next few weeks.

Peloton has difficult year so far
Meanwhile, as reported by CNBC, in recent months Peloton has had to lay off 2,800 employees and reduce ambitious sales projections. The company’s revenues have fallen along with COVID-19 restrictions, as consumers are beginning to return to out-of-home activities.

Activist investor Blackwell Capital has also been pressuring Peloton to sell itself. The company named Barry McCarthy as its new CEO in February 2022, with founder and former CEO John Foley transitioning to the role of executive chairman.