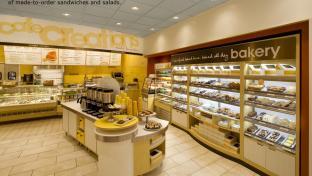 A franchisee of more than 400 quick-serve restaurants and convenience stores has assumed the role of franchisor for the first time in its 16-year history.

Ampex Brands, a franchisee of Pizza Hut, KFC, Taco Bell, Long John Silver’s and 7-Eleven stores,  has acquired Au Bon Pain from ABP Corporation, a subsidiary of Panera Bread. The deal, whose financial terms were not disclosed, was finalized on June 29.

Au Bon Pain's 171 locations will increase Ampex's footprint to nearly 600 units and its annual revenue by about  10% annually,  the company said. The acquisition also grants Ampex franchising rights to an additional 131 locations.

Ampex said it will apply its successful operating strategy to ramp up Au Bon Pain’s existing locations, starting in the brand’s key markets in the Northeast and mid-Atlantic. Once existing cafés are reopened and executing with positive results, Ampex will kick off expansion efforts, starting with corporate-owned locations.

“We see a solid future for both Au Bon Pain and our broader portfolio,” said Ampex CEO Tabbassum Mumtaz. “Our QSR brands performed extraordinarily well throughout the pandemic as guests moved to drive-thru. That performance allowed us to diversify and jump on a great opportunity to reposition a legacy brand. The bakery café category will rebound, and Au Bon Pain is well-positioned to grow.”

“The U.S. is reopening, and our markets are coming back to life,” said Garza. “As we open our cafés, Au Bon Pain’s brand reputation, loyal following, strong real estate and menu position the brand favorably for success. We also see opportunity in its nontraditional locations, currently in transportation hubs, airports, universities and hospitals. Smaller footprints with less dine-in seating are the future of fast-casual dining, and having a successful prototype with long-standing institutional relationships allows for flexibility as we grow.”

Au Bon Pain’s new leadership team  will also include Brian Bacica as COO. Bacica has spent more than 30 years in hospitality, including 18 years in food and beverage leadership roles for Disneyland, Universal Studios Hollywood and Universal Orlando Parks and most recently as CEO of Peak Event Services.