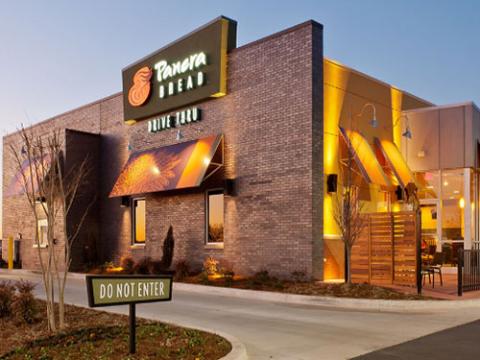 Panera Brands is preparing to file an initial public offering.

Panera Bread is set to return to the public arena through an initial public offering with an assist from one of the nation’s most high-profile restaurateurs.

Panera Brands, which includes Panera Bread, Caribou Coffee and Einstein Bros. Bagels, did not state the number of shares it would offer or their price range. Italso announced that it has secured an investment from USHG Acquisition Corp. (HUGS), the special purpose acquisition company of Danny Meyer’s Union Square Hospitality Group. Under an agreement, HUGS will become a cornerstone partner with Panera Brands.

In addition, Danny Meyer will also invest directly in Panera Brands and become lead independent director of Panera Brands’ board following the completion of the IPO.

“We’ve long admired Danny’s work as he built some of today’s most beloved brands with a relentless focus on hospitality and culture,” said Niren Chaudhary, CEO of Panera Brands. “The values of Panera Brands, which are based on a belief that we can be force multipliers for good, creating a positive impact on our communities and the planet, are values shared with Union Square Hospitality Group. We look forward to partnering to capitalize on the global growth opportunity for our brands.”

Panera has been private since it was acquired in 2017 for $7.5 billion by JAB Holdings, the investment arm of the Reimanns of Germany. JAB’s U.S. holdings also include Krispy Kreme Caribou Coffee, Einstein Noah Restaurant Group Inc., Peet's Coffee & Tea, and Keurig Green Mountain. JAB is also the largest shareholder in cosmetics and beauty giant Coty Inc.

Panera’s upcoming IPO will be the latest change in the JAB portfolio. In June, the company sold Au Bon Pain. In July, Krispy Kreme went public.

“We are excited to have Danny Meyer and HUGS as key partners with Panera Brands and for Danny to join Niren and the team as an active participant in its long-term success alongside Panera Brands shareholders,” said David Bell, senior partner at JAB. “This transaction unites two of the world’s leading hospitality organizations to work together on a successful transaction.”

As of June 30, 2021, there were 2,120 Panera Bread locations in 48 states and in Ontario, Canada, operating under the Panera Bread or Saint Louis Bread Co. banners. Caribou Coffee has 713 stores in 10 countries. Einstein Bros. Bagels, consisting of Einstein Bros. Bagels, Bruegger's Bagels, Noah's New York Bagels and Manhattan Bagel operates more than 1,000 company-owned and licensed units across the United States.

“Under CEO Niren Chaudhary’s leadership, Panera Brands embodies values consistent with HUGS and our Enlightened Hospitality roots, demonstrating that shareholder success is dependent on and driven by an employee-first stakeholder culture,” stated Meyer. “Importantly, Panera Brands meets our investment criteria to combine with a purpose-driven business that is scalable and built for the long-term; a market leader whose greatest strength is its talent and heart; a company where people love to work and with which customers, suppliers and partners love doing business. We are excited to partner with Panera Brands alongside JAB.”