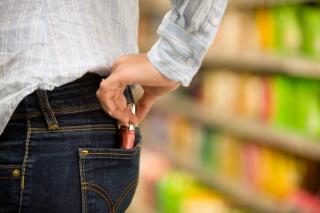 Dishonest employees and shoplifters pushed shrink rates to record levels and earned the United States the distinction of leading the world in the least desirable of retail metrics.

Retailers expressed that a range of factors, including a challenging retail environment, caused them to implement austerity measures resulting in a reduction of loss prevention investments. This, combined with areas of high unemployment and limited tools to monitor internal theft and inventory discrepancies, all contributed to an increase in their shrink.

According to the report, the annual cost of shrink to U.S. shoppers, as absorbed or passed on from retailers, averaged $615 per household. The study, underwritten by an independent grant from Checkpoint Systems Inc., was carried out during 2014-2015 by The Smart Cube and Ernie Deyle, a retail loss prevention analyst. It was based upon in-depth phone and written survey interviews conducted in 24 countries among more than 200 retailers representing nearly $1 trillion in sales during 2014-2015.

“This is our fourteenth year of supporting what continues to be the industry’s only global statistical research,” said Per Levin, president of merchandise availability solutions, Checkpoint Systems. “To combat increased shrink, retailers are adopting strategies to approach losses from a wider perspective from all levels within the organization and work with their supplier and solutions partners. With the right technologies, people and processes, they can achieve improved merchandise availability, which directly impacts shoppers’ satisfaction and retailers’ profitability.”

Seasonally, U.S. respondents said that 46% of their yearly losses occurred in winter, nearly twice as much as the next season, autumn, at 24%. Spring (18%) and summer (12%) followed. In fact, while shoplifting is the biggest cause of retail shrink in 18 of the 24 countries surveyed, in the U.S., employee theft ranked first at 45%, with shoplifting next at 36%.

Shoplifting continues to plague the retail industry due to escalating problem of organized retail crime, easy sales of stolen merchandise through online sites, reduced investments in loss prevention tools and resources, and the general perception of shoplifting as a "low-risk/non-offensive” crime.

Shoplifters and dishonest employees in the U.S. primarily targeted small and easy-to-conceal items such as liquor, mobile accessories, batteries, fashion accessories and razor blades, as well as high-value items with high resale value, such as tablets. When sorted by retail vertical, the most stolen items included footwear, batteries, mobile device accessories, wines and liquor, and razor blades.

According to Deyle: “This year’s results highlight the persistent factors that impact shrink and ultimately reduce retailers’ profitability. Even if retailers are paying more attention to all aspects of the problem, without a strong investment in loss prevention tactics, tools and resources, they won’t get the results they’d expect. Our hope is that this report helps the industry better understand all the complexities of the shrink problem as well as the most cost-effective ways of addressing it.”