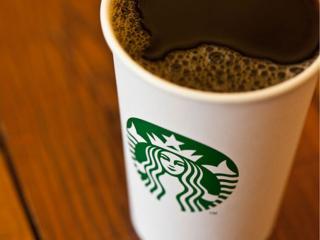 If you’re one of the millions of Americans who fuels up with a midday coffee from Starbucks, you may find the doors locked May 29 when the company closes more than 8,000 stores across the United States to conduct racial bias training. The massive event was planned following the arrest of two African American men in a Philadelphia Starbucks after being denied access to the restroom for not making a purchase.

What caused the Starbucks crisis?
There are many layers to peel back when attempting to understand how a toilet in a Philly coffee shop became the focus of a viral news story. Harvey Molotch, a professor of sociology at NYU, describes the situation eloquently in his piece for the Washington Post:

“Starbucks has become the public restroom of America. Along with serving up a cappuccino, its management carries the burden of toilet provision, maintenance and, controversially, deciding who gets in and by what criteria.”

In other words, the lack of public restrooms has caused people to take their business to private establishments where they may not be welcome. The company’s policy of limiting bathroom access to customers was rooted in good intentions. By reserving their facilities for paying customers, Starbucks could ensure their coffee-sipping clientele would always have access to a toilet while avoiding the common problems that plague public lavatories.

While this policy may have been well received in the boardroom, it was destined to have serious consequences in practice. Did the policy make sense given the open door / extended stay culture Starbucks has fostered over the years? Would exceptions be made for emergencies? Could subjectivity enter the decision making process? How would individuals react when asked to leave? Could a situation ever turn violent or become a public relations nightmare?

Cost
There are numerous estimates circulating around the price tag attached to the ongoing crisis. According to a recent New York Post report, simply closing 8,000 Starbucks stores for half a day could cost $30 million .While significant, that figures pales in comparison to racial discrimination settlements that can easily cost companies hundreds of millions of dollars as Wells Fargo discovered several years ago.

Beyond training and potential lawsuits, boycotts can drive down sales and scare away existing customers, causing stock prices to fall and wiping out millions in shareholder value. The company’s stock price has so far remained relatively steady, but things could change if customers continue to boycott or if several more people come forward with allegations.

What Starbucks did right
Depending on who you ask, Starbucks either receives praise or criticism for their response. However, to the extent possible and compared to many other brands who have faced crisis situations, Starbucks appears to have done a lot of things right to control the situation.

CEO Kevin Johnson stepped up and apologized several times within the span of a few days and, more importantly, did not shift the blame to the store manager. Instead, he shouldered the blame himself stating, “The circumstances surrounding the incident and the outcome in our store on Thursday were reprehensible, they were wrong, and for that, I personally apologize to the two gentlemen who visited our store.” Crises can be easier to control when the CEO displays strong leadership, alignment and compassion.

Starbucks took substantial actions to deal with the situation appropriately:

● Immediately addressing the employee(s) involved showed accountability and confirmed the company’s stance on the situation.
● Reviewing their customer policies illustrates self-examination.
● Closing all stores in the United States for training demonstrates commitment.

These were not just superficial statements made by the CEO; they represented real action with a financial impact and will make a big difference in how the company is managed and also perceived well after the crisis has ended.

What they should do next
The brand has been controlling a terrible situation very well so far, but if this is just the tip of the iceberg Starbucks will need to have a serious crisis management strategy ready to deploy. It should do the following over the coming weeks:

Investigate: Two separate incidents have been reported by black Americans who were denied access to Starbucks bathrooms, and more reports could surface thanks to the viral news cycle. Starbucks will need to proactively investigate whether there have been similar incidents at their stores which have not yet made their way into the public eye.

Prepare: The company’s response to the initial situation was generally considered positive by those in the PR industry. But a stronger message will need to be drafted and delivered if others come forward with similar complaints.

Repair: Starbucks will need to go into reputation repair mode to earn back customer trust. A search for “Starbucks” currently displays four articles about the arrest as well as an Atlantic story from 2015 about the Christmas cup controversy which bounces on and off page one. This reminds us of how long negative articles can remain entrenched in search results. To recover, the company must showcase corporate social responsibility without turning their actions into an advertising campaign or forcing the discussion on their customers.

The proactive measures Starbucks is taking to directly address and learn from the crisis situation is certainly a starting point. However, the damage online needs to be addressed through ongoing PR and SEO tactics. Starbucks will need to more effectively and tastefully amplify the positive narratives associated with their brand to remind the public of what they do right and provide Google with more content to index. In doing so, unfavorable articles can eventually lose their appeal and authority and ultimately subside in search.

With so many embers poised to start a public relations blaze, it seems like businesses are beginning to take preparedness more seriously. Coupled with a PR/SEO strategy, proactively drafting a crisis communication plan, being transparent, accountable, and compassionate will better equip companies to weather unpredictable but inevitable crises.

Jonas Sickler is marketing director of ReputationManagement.com. His expertise is rooted in helping businesses grow their online presence to build brand awareness while also protecting their online reputation.
Advertisement