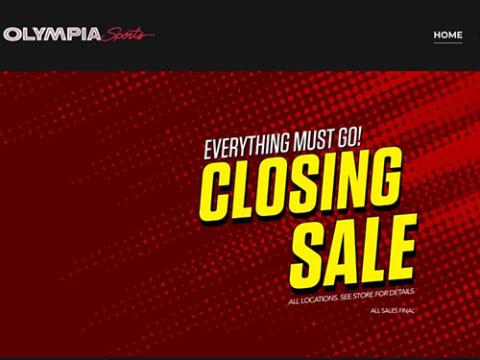 The Maine-based sporting goods retailer, which was acquired in 2019 by private equity firm CriticalPoint Capital, is closing its remaining 35 stores. Olympia Sports was founded in 1975 and had grown to some 225 locations on the East Coast by 2013. Its current store base includes locations in New York, Vermont, New Hampshire, Maine, Pennsylvania, Massachusetts and Rhode Island.

Olympia Sports was acquired in 2019 by private equity firm CriticalPoint and some 75 stores were subsequently closed. Olympia was part of CritcalPoint’s active lifestyle platform, which also included the JackRabbit running chain.