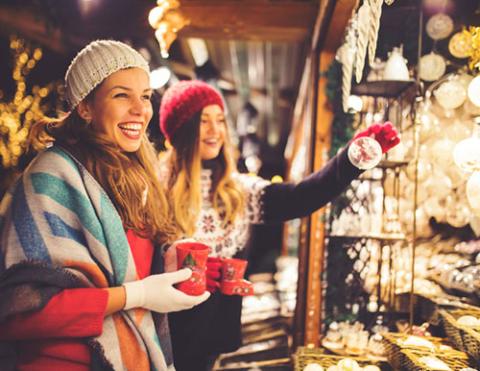 Holiday sales came in on the higher end of estimates by the National Retail Federation, but not all retail sectors shared in the good news.

Sales during November and December in 2019 grew 4.1% to $730.2 billion, according to the NRF, whose numbers exclude automobile dealers, gasoline stations and restaurants. Online and other non-store sales, which are included in the total, rose 14.6%.

NRF’s numbers are based on data from the U.S. Census Bureau, which announced that overall December sales – including auto dealers, gas stations and restaurants – were up 0.3% seasonally adjusted from November and up 5.8% unadjusted year-over-year.

“This was a healthy holiday season, especially compared with the decline in retail sales we saw at the end of the season in 2018,” said NRF chief economist Jack Kleinhenz said. “Despite a late Thanksgiving and worries about tariffs, the consumer didn’t go away. We’ve had months of strong employment numbers, high wages and strong household balance sheets. There’s no doubt that gave consumers a sense of confidence about their ability to spend, and they did their part to keep the economy moving.”

Retail sales in December increased 0.5% seasonally adjusted over November and were up 6.7% unadjusted year-over-year.  December’s results follow November’s decline of 0.1% month-over-month and increase of 1.3% year-over-year.

Kleinhenz said the modest growth in November and the large increase in December came partly because two key days of the Thanksgiving shopping weekend – the Sunday and also Cyber Monday – fell in December this year.

The online channel registered the biggest growth during the November-December season, with sales up 14%, followed by grocery and beverage stores, with a 2.9% increase. But some sectors, including electronics stores where sales fell 2%, registered declines.

Here are specifics from key retail sectors during the November-December holiday season include: