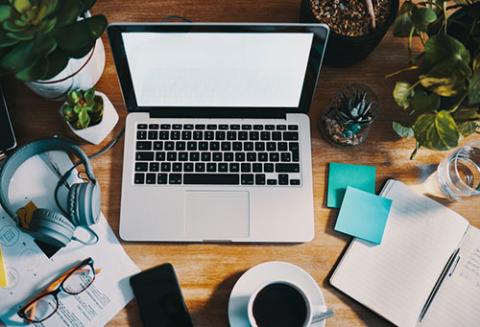 New policies regarding the return to work, reopening of schools for in-person learning and the resurgence of travel will have enormous implications for the retail industry.

That’s according to The NPD Group, which said that as the United States emerges from pandemic rules in the coming months, there will be changes, large and small, for retailers to consider as they map their way forward.

In a recent presentation to the Retail Industry Leaders Association, NPD chief retail strategist Don Unser outlined three of the most critical trends affecting retailers in the coming months. They are listed below.

1. Millions of new remote and hybrid-remote workers: Compared to 2019, there could be as many as 28 million new workers working from home in the United States this year. Unser estimates that 20% to 35% of the workforce will still work part-time or full-time at home when pandemic rules are lifted, which will have the greatest effect on consumer spending for technology, apparel, footwear, automotive and foodservice.

“Employees working from home in the U.S. found themselves with more time on their hands last year, gaining back hours of commuting time each week,” Unser noted, “which has important implications for the retail industry, since more available time also means more time to begin new home projects and plan family outings.”

2. Kids returning to the classroom led to an early back-to-school bump: As more school districts headed back to the classroom, spending on traditional back-to-school items increased by tens of millions of dollars, which is very unusual for this time of year. In early March unit sales of kids’ backpacks, apparel, and performance and leisure footwear surpassed 2019 levels.

During the last three weeks, sales in these categories grew by triple-digits versus 2020 and by double-digits versus 2019, according to NPD retail tracking. The sales volume was lower, compared to the traditional back-to-school season, but the increase is clear.

“The stimulus, vaccine rollout, spring weather, earlier Easter, and other factors are also at play,” Unser said, “so it’s difficult to isolate the true back-to-school impact, but it’s clearly a trend worth watching.”

3. Experience spending will shift some discretionary spending: While the trendline for foodservice and other experience-based categories was still down in the first two months of 2021 compared to the pre-pandemic period, it is now headed toward a slow recovery as more states’ economies reopen. Unser expects spending on experiences will come back strong.

“While spending will surely rise on apparel and other retail categories, an overall shift of discretionary spending away from retail is likely,” Unser said. “Before the pandemic, the consumer focus was shifting toward spending on travel, entertainment, and other experiences, over buying merchandise, but that stopped when COVID-19 hit our shores. Now we’re already seeing workers who were robbed of their vacations over the past 15 months starting to upgrade their vacation spending for this year.”

Overall store sales for retail are getting better
Looking at geographic data during the pandemic, retail-store sales performance across the country declined 13%, year over year, but certain cities fell even harder. The top cities for tourism in the U.S. posted stagnant performance in brick-and-mortar store retail. In fact, between the week ending March 7, 2020, and the week ending February 13, 2021, in-store dollar sales fell 34% in San Francisco, 33% in New York, and 25% in Miami. The sudden lack of tourism and closed retail stores were key factors in this decline. “The fact is that working in cities might not come back to pre-pandemic levels, which is an important consideration for retailers hoping to recoup pandemic losses in the coming year,” Unser said.

When looking toward the future of retail, the focus should be on repositioning rather than “recovery,” since consumer technology, small home appliances and other categories actually grew during the pandemic.

“At NPD we continue to look closely at specific economic markers in hardlines, softlines, and food.” Unser said. “As those markers improve, consumer behavior will certainly follow, and that is what the retail industry needs to prepare for.”