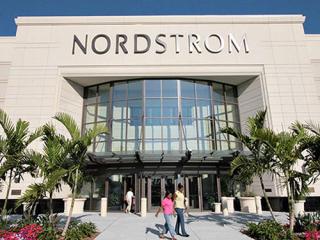 Nordstrom reported earnings that exceeded expectations as sales trends improved across both its full-price and off-price businesses.

The company also raised the lower-end of its full-year profit guidance in contrast to profit forecast cuts by other department store retailers, including Macy’s Inc. and Kohl’s Corp.

Nordstrom’s net earnings were $126 million, with earnings per share of $0.81, for the period ended Nov. 2, compared with $67 million during the year-ago period, which included an after-tax estimated non-recurring credit-related charge of $49 million. Analysts has expected earnings of $0.65 per share.

The retailer said its enhanced loyalty program, The Nordy Club, grew 13% in the quarter to more than 12 million active customers, and accounted for nearly 65% of sales for the third quarter.

“Our third-quarter earnings exceeded expectations, demonstrating substantial progress in the delivery of our strategy and strength of our operating discipline, said Erik Nordstrom, co-president, Nordstrom. “Through our customer focus, we drove broad-based improvement in top-line trends. The consistent strength of our inventory and expense execution contributed to increased profitability for the quarter.”

In his statement, Nordstrom noted that the company realized an important milestone during the quarter with the opening of its York City flagship store, “significantly increasing our presence in the world’s top retail market.”

Nordstrom raised the lower-end of its full-year profit forecast and said it now expects full-year earnings to be $3.30 to $3.50 per share, up slightly from a prior per-share range of $3.25 to $3.50. It also said the impact of U.S. tariffs would not be significant for the year.