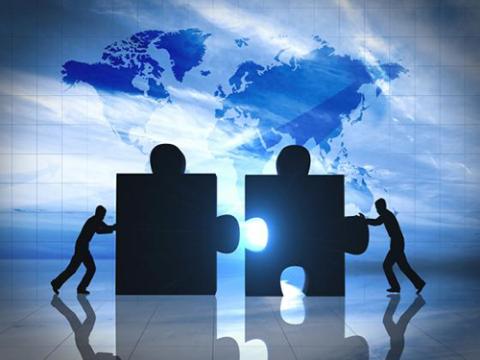 It’s a first-of-its-kind deal for Nordstrom — and for a U.K. online giant.

The department store retailer has acquired a minority interest in four apparel brands: Topshop, Topman, Miss Selfridge and HIIT. The brands, which are owned by U.K. online fashion powerhouse Asos, all target younger shoppers in their twenties. The financial terms of the deal were not revealed.

Under its arrangement with Nordstrom, Asos will continue to have operational and creative control of the brands. But the two companies will have a shared ownership model to “ensure close collaboration.” Asos, which does not have a brick-and-mortar presence, sells more than 850 brands as well as its own label. Nordstrom is Asos’ first-ever retail partner.

The investment paves the way for the potential of a wider strategic alliance between Asos and Nordstrom. The two companies said they are in discussions to create a “multichannel showcase” for a handful of Asos brands. Also, customers will be able to pick up orders placed on Asos.com at Nordstrom and Nordstrom Rack stores this fall.

Nordstrom has been the exclusive distributor of Topshop and Topman in the United States since 2012 when it became the first company to bring the brand to the U.S. market. Nordstrom will now have the exclusive multi-channel retail rights for Topshop and Topman in all of North America, including Canada and own a minority stake globally. It will also become the only brick-and-mortar presence for these brands worldwide.

The deal comes as the U.S. retailer has been working to enhance its appeal to younger shoppers through such initiatives as pop-ups and collaborations with emerging designers.

“We could not have found a better partner in Asos, the world leader in fashion for the 20-something customer, and are thrilled to have the opportunity to work with them to reimagine the wholesale/retail partnership," said president and chief brand officer Pete Nordstrom.

In February 2021, Asos bought Topshop, Topman, Miss Selfridge and HIIT from Sir Philip Green’s Arcadia Group, which went into the U.K.’s version of bankruptcy in November 2020 as its sales plunged amid the pandemic. The bankruptcy led to the closure of Topshop/Topman stores in Europe. (Topshop/Topman’s 11 U.S. stores also went dark.)

“With its long-established connection to Topshop, extensive U.S. consumer insight and unparalleled reach right across North America, Nordstrom is the right partner to help Asos accelerate the growth of our Topshop and Asos brands in this key market," said Nick Beighton, CEO of Asos. “Partnering with Nordstrom will support our US strategy, allowing us to offer that to even more 20-somethings in North America.”