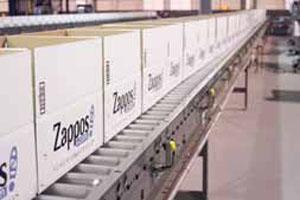 This is the make-or-break month for retail survival: Every sale, every expense, every competitive advantage matters.

A recent study conducted by Forrester Research and commissioned by UPS suggests that retailers selling in direct channels, most specifically online, can create a competitive advantage and actually drive sales by promoting a customer-friendly returns policy.

Historically, most retailers have categorized returns solely as an expense and have failed to understand how the returns process can contribute to positive revenues.

The study, “Crafting a Returns Policy that Creates a Competitive Advantage Online,” surveyed online retailers across five merchandise categories as well as 755 consumers who had purchased something online within the past six months and returned or intended to return it.

From the retail interviews, Forrester concluded, “In general, retailers view the returns process as a “margin-drain” and believe their efforts are best spent engaging in initiatives to help avert returns altogether.”

However, statistics from the consumers who were surveyed recommend a different strategy: Eighty-one percent said they were more likely to buy from an online retailer if the retailer makes it easier to return merchandise and that they were more loyal to retailers that have generous return policies, such as free shipping for returns. Seventy-three percent said they would be less likely to shop again with a retailer if the returns process had been “a hassle.”

It was also surprising to learn the key reasons products are returned often fall in the retailer’s realm of responsibility.

Asked to indicate all of the reasons they returned product, 23% said they had received the wrong item, 22% said the item received was not the same as it had been portrayed online and 20% said the item was damaged when they received it.

There were a number of times that buyer remorse was cited, with 24% indicating they changed their mind after they saw the product, and 9% acknowledged they had ordered multiple sizes.

Although the shoppers surveyed had returned, or considered returning, at least one item, they were not low-volume spenders. Only 2% had spent less than $50 in online purchases while 66.4% spent between $250 and $5,000 over the six-month period, and another 4% spent more than $5,000.

One retailer that fully appreciates the value of using returns as a competitive advantage is Zappos.com , which began selling footwear and has since expanded into apparel. The average annual return rate at Zappos is 35%, but that’s nothing to complain about, said Sean Kim, Zappos’ director of business development.

“We don’t look at returns as an expense; we look at it as an investment in company service and it helps with customer retention,” he explained.

Although the company doesn’t track return visits from returns customers specifically, 75% of all orders are from repeat customers.

“We actually encourage customers who call our customer-service center to order two or three sizes and return the ones that don’t fit—and all return shipping is free for our customers,” continued Kim.

Not only is the return shipping at no cost to the customer, Zappos does not charge a restocking fee.

“Our customers can ship returns by UPS or the postal service, but we recommend UPS because of the capability to track orders and the automatic insurance coverage up to $100,” noted Kim. “In fact, we located our distribution center in Sheperdsville, Ky., because of the close proximity to UPS’ Worldport hub in Louisville.”

In recent weeks, Kim said Zappos has begun testing sales to international customers in 35 countries, primarily in the U.K., European Union and Asia Pacific. International customers do not have the option of free returns, although the retailer hopes to be able to offer that service in the future.