These brands score big with teens

These brands score big with teens

Amazon, Nike, Sephora and Ulta Beauty are among teens’ favorites. But food is their top wallet priority.

That’s according to a semi-annual survey from Piper-Jaffray in which 47% of teens said that Amazon is their preferred shopping website (up from 44% last spring). Nike was a distant second at 5%, followed by American Eagle and Urban Outfitters, both at 3%, and PacSun, at 2%.

Piper Jaffray 36th semi-annual “Taking Stock With Teens” survey highlights discretionary spending trends and brand preferences amongst 8,600 teens across 48 U.S. states with an average age of 16. It found that overall spending inched up 1% with the year-ago period, but was down 5% from spring.

The survey revealed that food remains teens’ No. 1 spending category, with a 24% wallet share. The favorite among both upper-income and average-income teens was Chick-fil-A, followed by Starbucks.

• Brands matter – 45% of teens say “brand” is most important in making a purchase vs. 33% (six years ago);
• Male spending on video games hit a new peak at 14%;
• Most notable brand gainers were Vans, Adidas, lululemon and surprisingly, Crocs;
• Sephora and Ulta tied (34% each) as the top beauty destination, followed by Walmart (9%) and Target (8%);
• Teens overwhelmingly prefer to shop for color cosmetics in-store (91% of female teens) vs. online; and
• Intent to buy iPhone continues to climb – 86% of Gen-Z will choose the iPhone next (compared to 84% last spring).

Brands clearly matter to Generation Z, as 45% of teens said “brand” is most important in making a purchase vs. 33% six years ago. This is seen in their attraction to 1990s and streetwear styles from Tommy Hilfiger, Supreme, CK and Champion. They are also partial to luxury brands including Off-White, Balenciaga and Gucci.

Other brands that continue to gain momentum among this demographic are Vans, Adidas, Lululemon and surprisingly, Crocs, the study revealed. 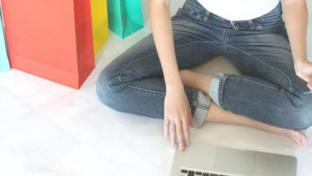 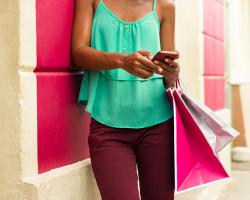 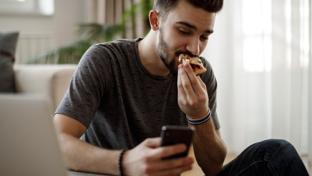