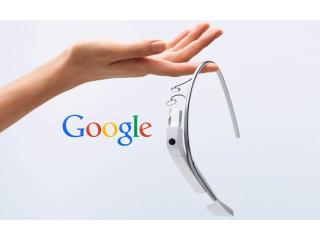 Google is finally shutting down efforts to promote Google Glass as a consumer device.

Back in April 2015, Google said it would partner with Luxottica Group to create a more user-friendly version of the connected eyewear. This announcement followed Google’s decision to essentially putting Google Glass on hiatus in January 2015. However, consumers never took to Google Glass, and after releasing an initial flurry of apps, retailers never really did, either.

Here are three factors that contributed to retailers having one less form factor to consider when designing strategies for wearable devices.

With its built-in video camera and a display screen only visible to the user’s eye, Google Glass wound up creeping out a sizable percentage of the population. Many businesses banned Google Glass users from entering for fear of surreptitious video recording. Gyms were especially wary of illicit recordings being made inside locker rooms, and of course any retailer with changing rooms or public restroom facilities had potential Google Glass issues as well.

In addition, let’s just politely say the idea that a Google Glass user could be viewing any type of content in any place at any time made some consumers uncomfortable. This lent a slightly seedy reputation to Google Glass as a consumer device (it still may find acceptance in an industrial setting), which scared off many potential users.

There is no delicate way to put it. Wearing Google Glass made you look like kind of a dork. Google pretty much admitted this by saying it was partnering with Luxottica Group to improve aesthetics, among other reasons.

The form factor was clumsy and led to a potential level of visual distraction unmatched by other mobile and wearable connected devices, inviting the stereotype of the uncoordinated computer nerd.

As a result of its inherent dorkiness, Google Glass soon became the butt of jokes from late night comedians. Arnold Schwarzenegger made having built-in visual computing capabilities look cool in the Terminator movies, but he’s also Arnold Schwarzenegger. Your customers are not.

At first glance (pun intended), Google Glass seems like a highly convenient means of connecting to cyberspace. The browser is right in front of your eyes, can generate highly realistic digital images and landscapes, and leaves your hands free.

However, in practice, Google Glass was a pretty inconvenient way to bridge the digital and physical worlds. As mentioned above, it did not lend itself to smoothly transitioning between virtual and real environments.

And although navigation of smartphones and tablets often leaves something to be desired, controlling the Google Glass experience was just plain awkward. Users had the choice of natural language voice controls, meaning they needed to constantly talk to themselves, or else manipulate a tiny touchpad mounted next to their ear. Sound enticing?

The spirit of Google Glass as a consumer device will live on in highly specialized visual retail apps such as Lowe’s Holoroom. The beauty of these apps is that consumers use them for a specific purpose and then put them away. Walking around all day with the Internet on your glasses simply didn’t factor into most consumers’ omnichannel experiences.