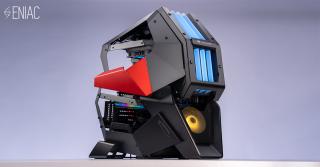 Newegg is expanding its options for customers who prefer a custom-built computer.

The tech-focused e-tailer, which in June 2021 introduced the Newegg PC Builder, a one-stop online shop for designing and building custom PCs, now offers professional PC assembly to customers who design their own computers on its PC Builder platform.

The company’s build-to-order (BTO) offering leverages its electronic numerical integrator and computer (ENIAC) in-house computer assembly service to build and deliver fully-assembled computers.Newegg says it has millions of parts on hand at any given time, and can source virtually any build using existing inventory within its network and have the completed PC delivered to customers anywhere in the U.S.

This initial beta phase will generate insight and suggestions that will be used to launch the second phase of Newegg’s BTO service, which will come with more perks and options, such as laser engraving, to bring further customization and personalization to customers’ builds. According to the retailer, the initial launch of Newegg PC Builder was an “instant hit” with its customers.

Newegg is currently building custom PCs for gamers needing maximum gaming performance. Custom gaming builds are comprised of the latest computer components, such as Intel and AMD processors and RTX graphics cards, in an effort to provide a high-performance gaming experience.

“Our purpose-built PC assembly line is staffed with skilled technicians,” said Vishal Mane, director of engineering at Newegg. “With a massive component inventory on hand and a team of skilled builders standing by, Newegg is simply the best option for customers who refuse to compromise on quality and who want their expertly built computers delivered more quickly than any other BTO service.”