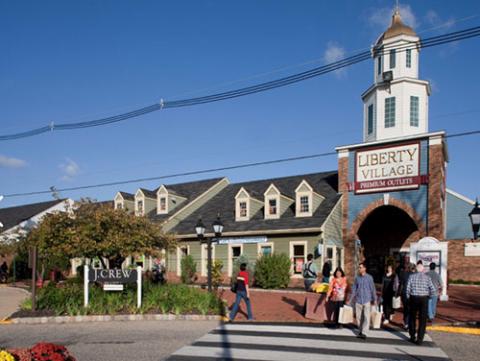 Liberty Village in Flemington, N.J., said to be the nation's first outlet, will be redeveloped as a mixed-use project.

The seeming colonial village in Flemington, N.J., whose residents Calvin Klein, Ralph Lauren, Ann Taylor, and Michael Kors made it America’s first outlet center in 1981 looks destined to become an actual village after all.

According to a report on NJ.com, Flemington’s Borough Council has developed a redevelopment plan for Liberty Village that aims to raze the once-popular bargain center and replace it with multi-family housing, townhomes, and office space, as well as retail, restaurants and entertainment venues.

Early plans put forth by the council dedicated more than 160,000 sq. ft. of commercial space to the project.

Flemington, which lies some 30 miles north of the state capital of Trenton and 20 miles from Princeton has long been a retail center in central New Jersey.  Liberty Village enjoyed huge success for decades and expanded in the Nineties, but several tenants have vacated the center due to dwindling traffic in recent years.

The property has been put under contract by George Vallone of Hoboken Brownstone, though Flemington Mayor Betsy Driver said it’s unclear whether Vallone will end up as the designated developer.

“He will be invited to submit a redevelopment plan. If he’s not interested, it would go out to a request for proposal,” Driver told NJ.com.