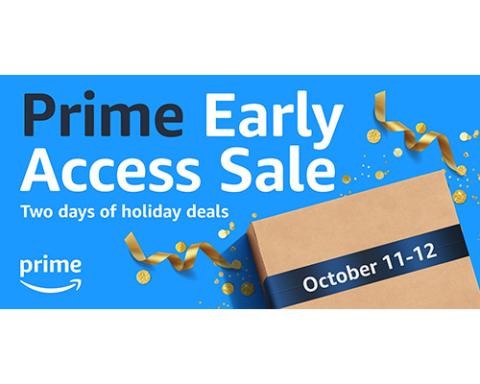 Amazon's Prime Early Access event was timed for the holiday season, but most customers didn’t use it to kick off holiday shopping.

According to analysis of the entire 48-hour sales event from Numerator, slightly less than three in 10 (29%) surveyed Prime Early Access shoppers said they bought holiday gifts. Of those who purchased gifts, 69% of respondents said they have completed less than half of their holiday shopping, and 95% said they will definitely or probably shop Amazon again in the next three months for holiday purchases.

The top-selling items were Amazon photo projects, Amazon gift cards, Melissa & Doug brand toys, Simple Joys by Carter’s apparel, and Amazon Echo Dot. Close to six in 10 (57%) items have sold for under $20, while 4% have sold for over $100.

The top categories consumers purchased were household essentials, health & beauty, apparel & shoes, and toys & video games. Fifteen percent of surveyed shoppers say they have purchased large ticket items they would only buy on sale, while 23% acquired everyday goods they would be buying anyways and 53% purchased items for themselves or their households. One in five (19%) bought non-holiday gift items.

Of surveyed consumers who shopped both the Prime Early Access sale and Prime Day 2022 in July, 36% spent more at the Early Access event, while 64% spent the same or less.

Inflation impacted 79% of Prime Early Access shoppers. Almost three in 10 (29%) said they waited for the sale to purchase a specific item at a discounted price, while 26% passed on a good deal because it wasn't a necessity. Inflation also drove 13% of individuals to look at prices outside of Amazon before buying.

The retailer has not yet said if it will also provide any type of early holiday (pre-Thanksgiving) promotion open to all consumers. Chief Amazon rivals Walmart and Target both ran October holiday sales events for all shoppers.

All three retail giants are making an early holiday push amid what many experts are predicting will be a modest holiday season. Deloitte’s annual holiday forecast predicts that year-over-year holiday sales will increase 4% to 6%. By comparison, sales grew 15.1% in 2021.