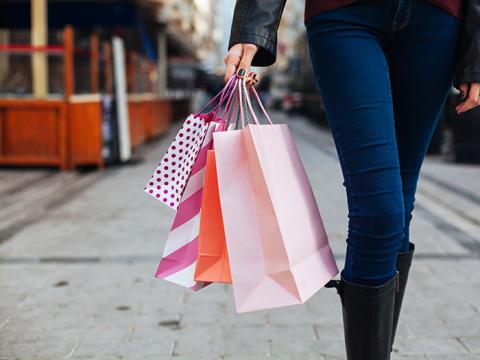 Moody's Investors Service has raised its expectations for the retail industry’s performance.

The ratings agency changed its outlook for the U.S. retail industry to stable from negative in its latest report, which was published in mid-October.  After a steep decline this year due to pandemic-related business disruptions — and absent a new surge in lockdowns— Moody’s forecast that operating profits will rebound during the next 12-18 months, with growth most pronounced in the hard-hit discretionary sectors.

Operating profit will increase about 20% in 2021 after dropping around 15% in 2020, according to Moody’s. Online sales as a share of total sales are set to soar above 25% over the next five years.

"Our stable outlook for the U.S. retail industry reflects our expectation that earnings have reached an inflection point and will be on an upward trajectory for the next 12 to 18 months," said Moody's retail analyst Mickey Chadha. "Operating income growth will be broad-based with only the supermarkets showing a decline in 2021 operating income after a record growth in 2020 as buying patterns for food normalize and restaurants open.

Seven of the 13 retail sectors Moody’s follows will experience operating income declines in 2020, with the declines happening in discretionary sectors such as specialty retail, department stores and apparel and footwear, Chadha added.  However, home improvement, discounters, dollar stores and supermarkets are performing very well, he noted.
Moody's now expects aggregate 2020 operating profit to fall by about 15%, rather than 25%-30% as previously expected and to grow by around 20% in 2021.

Sales will grow by 3%-5% in both years, while online sales as a percentage of total sales are set to soar above 25% over the next five years.

“Stay-at-home orders amid the pandemic have created a new generation of tech-savvy shoppers, and retailers will be forced to find efficiencies and cut costs in order to support the expanding demand online,” the report stated/

Meanwhile, store rationalization will continue. The U.S. has long had a glut of stores, and continues to have more mall space per capita than any other country in the world, according to Moody's.

“While some retailers could previously survive with marginally profitable stores, the abrupt mass shift in shopping habits as a result of the pandemic will force the closure of many more stores with limited economic value,” the report noted.