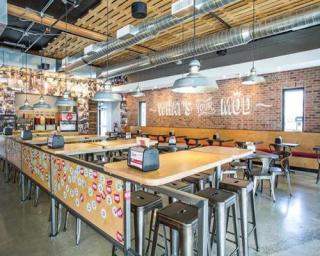 Mod Pizza operates more than 500 locations across 29 states and Canada.

In other appointments, Mod has promoted  Becky Mulligan to the newly-created position of chief restaurant officer. In her expanded role, she will continue to lead all company stores and operations excellence, while taking on leadership for Mod’s franchise business.

Prior to joining Mod in in 2021 as senior VP, Mulligan was CEO, US, of  Le Pain Quotidien.

Founded in Seattle in 2008, Mod a purpose-led, people-first fast-casual brand that serves individual artisan-style pizzas and salads that are made on demand, allowing customers to create their own pizzas and salads with any combination of over 40 toppings and sauces, all for one incredible price. It operates more than 500 stores across 29 states and Canada.