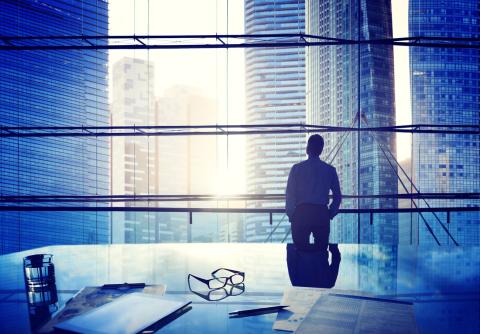 Increased regulatory enforcement and unionization are among the top issues facing CEOs in 2023, according to The Miles Group.

The threat of a global recession — and how best to thrive through it — is top of mind for CEOs going into 2023.

“The first question on most CEOs’ minds for 2023 is not ‘if’ but ‘when’ the global economy will enter into a recession,” said Stephen Miles, CEO, The Miles Group, a leadership advisory firm to CEOs, boards, C-suites, and corporations around the globe. “For CEOs, rather than hunker down, which some will try and likely not survive, a recession can be an opportunity to thrive.”

Miles outlined the top issues he sees facing leaders in 2023 in his annual letter, with a potential global recession topping the list. Here are highlights of the critical issues detailed in the letter.

“The challenge now for many CEOs is dealing with the systemic cycle of inflation, rather than reacting to the initial shock… However, it is coming, and when it comes, it will hit hard. The crystal ball for most CEOs is blurry or nonexistent, so the companies that do thrive through the next phase of the cycle will be those that see this as an opportunity to differentiate and win.”

“They will do this by being more flexible and agile than their flat-footed competitors, enabling them to respond to setbacks rather than be knocked down by them.”

“The move to a performance- rather than potential-driven world is no more acute than in the technology sector. On an uninterrupted 21-year run, it has brought many of its founders and CEOs cult-like status for having the Midas touch, the ability to turn nothing into gold overnight… It is going to be a longer and more painful death for them as we move into a performance-driven world that is less interested in moon shots, if they do not have some sort of return on investment in a measurable period of time... When there is hardship and scarcity it almost always leads to invention and innovation. We will likely see many CEOs take advantage of this new world for tech and grow rather than stagnate.”

“Technology and the rest of industry have a new foe, and that foe is regulation… Many CEOs have never experienced this level of scrutiny and aggressiveness. To see something as stifling to one’s business model, look at what it was like for Microsoft when they were charged by the DOJ in the 1990s.”

“We are likely to see a lot more action on the regulatory front across all industries in the coming year, and beyond.”

“The combination of supply chain restraints and China entering into a new phase of aggressive posturing on the global stage has sent a flare-up for many global CEOs who have people and operations in China. The pandemic revealed how fragile the global supply chain really was and how much we had traded accessible, durable, and multi-source for global, low-friction, and single-source.”

“It was an alarm bell for CEOs around the world when defense contractors could not build military weapons because their supply chains were shut down due to Covid-19 restrictions. The resulting actions of moving to local and dual source are deeply painful, very hard, and very expensive, and it will put a continued acute inflationary element into the world. We are moving from 30-plus years of lower cost and deflation to higher cost and inflation, and we are all going to bear that price for years to come.”

Energy transition and its implications:

“The ‘Catch-22’ with government leaders is that they have moved away from any form of compromise or transition, and everything is now ‘all or nothing.’ Unfortunately, to do what needs to be done, we need an energy transition strategy, and this takes time and compromise.”

Another concern of CEOs, which no one seems to be writing about, is not the cost of oil, but the availability of the most important fuel source on the planet: diesel fuel. The world runs on diesel, and we have a shortage that is going to drive up the price of just about everything, as you cannot move anything anywhere without being reliant on diesel.”

“A topic of great interest for many global CEOs is how to work with governments at the federal and local levels to advance legislation. The era of political parties working together towards a greater good for the population and economy is over, and now governments are deeply divided. They brand themselves on how divided and oppositional they are from their counterparties, making it nearly impossible to drive forward bi-partisan policy and legislation.”

“The key for CEOs is to form coalitions, use industry associations when they can, and look for precedent-setting cases to…drive policy formation.”

Role of the office and the future of work — employer-employee power dynamics:

“The role of the office has been a much-debated topic with camps forming on both sides of the argument. Much of the financial services industry came out early and strong, stating that they are an office-based employer and much of their culture and learning happens in the office. Therefore, their default will be the office.”

“As we move into a post-pandemic world that is brutal, and much harder than the pandemic, it is going to test many of the theories of virtual work, distributed leadership teams, and the role of the office... Our prediction is that in-person work and more co-location will have very high value for many CEOs. [They] realize that over the course of the pure WFH years little or no performance management has happened, and even less investment and development of people has occurred. This is a trend that must be reversed, while still maintaining some employee flexibility.”

“The separation of the world into good-acting and bad-acting countries continues to amplify state-sponsored cyberattacks, as bad-acting countries put more and more resources behind their missions. The crippling repercussions of a cyberattack – from ransom to far worse – are among the most lethal possible to a company and their CEO and board of directors.”

“One of the biggest surprises for many people is that labor unions are having a new day, only this time they are also focused on companies no one ever believed would be unionized. Many of the reasons for forming a union go beyond compensation to working conditions, scheduling, sick leave, health benefits and annual leave.”

“As we see the minimum wage move higher and higher, many employers with vast frontline workforces will be challenged on their business model’s viability. Doubtlessly, this will lead to rapid technological innovation that drastically reduces the need for as many frontline workers.”

“Since frontline workers often do not have many other options, reducing the need for their services will create hardship felt by lower-income households, and serious societal repercussions down the road. Many CEOs were thinking this would occur in the early part of 2023, but most are now predicting late 2023 or even early 2024 because of how robust the labor market continues to be, along with spending at the medium to higher ends.”