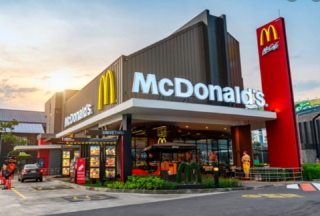 McDonald’s has temporarily closed its 850 locations in Russia.

Several brands have decided to temporarily halt their operations in Russia in the wake of the country’s invasion of Ukraine.

Meanwhile, McDonald’s said the temporary closure of its 850 locations (the majority of which are corporate-owned) in Russia will cost it about $50 million a month, Reutersreported. The restaurant giant is paying its 62,000 Russian employees during the pause. Other costs will come from sites it leases and supply chain operations, the report said.

Several other U.S. restaurant brands with global footprints have also paused their operations in Russia, although none are as likely to take as big a financial hit as McDonald’s. Most of the other brands’ restaurants in Russia are operated by independent franchisees.

Papa John's International on Wednesday said it has temporarily suspended its corporate operations in Russia, including all operational, marketing and business support to the market. The pizza giant has approximately 185 restaurants in Russia, and all of the locations are owned by franchisees, and a "master franchisee" who controls operations and provides all supplies for the restaurants through a supply chain that it owns and operates.

Papa John’s emphasized in a statement that it does not own or operate any restaurants in Russia, and is “not currently receiving any royalties from these franchised stores in Russia.”

“Papa John’s stands with much of the globe in condemning aggression and violence,” the company stated. “We are actively supporting humanitarian efforts through financial contributions as well as by donating dry goods and ingredients to feed refugees in Eastern Europe through our partnership with World Central Kitchen.”

Starbucks said it has paused all business activity in Russia, including the shipment of all Starbucks products. The company said its licensed partner has agreed to immediately pause store operations and will provide support to the nearly 2,000 Russian employees. (There are 130 Starbucks stores in Russia, all of which are wholly owned and operated by a licensed partner.)

Yum! Brands' business in Russia  includes approximately 1,000 KFC restaurants and 50 Pizza Hut locations, nearly all of which are operated by independent owners under license or franchise agreements.