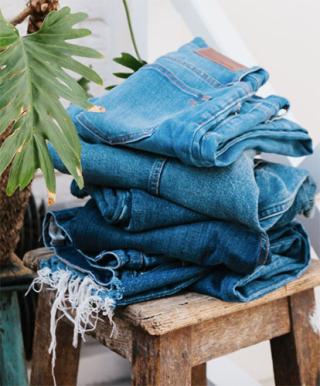 A soon-to-be-spun-off specialty denim retailer is collaborating with a leading online consignment marketplace.

Madewell, a subsidiary of J. Crew which is slated to be split from its struggling parent company, is partnering with ThredUp to curate a selection of its pre-owned jeans. Known as “The Madewell Archive,” the assortment will be available in select Madewell stores in Austin, Chicago, Nashville, and New York City on Oct. 14 and in California on Nov. 1.

The Madewell Archive will feature a curated selection of past Madewell styles
that have been rerouted from ThredUp. Each pair of jeans will be hand-selected, washed and refurbished, then placed back into Madewell stores at a price of $50.

ThredUp, which reportedly intends to expand to 100 physical stores, enjoys a strong following among millennials and has been partnering with a number of established brick-and-mortar retailers. This includes recent announcements of dedicated store-within-a-store locations ThredUp will open at select J.C. Penney and Macy’s stores.

Madewell is entering resale as the market for previously owned merchandise is booming. According to a recent report from ThredUp and GlobalData, revealed that 56 million women bought secondhand products in 2018, an increase of 12 million new secondhand shoppers from the previous year. It also found that 51% of resale shoppers plan to spend even more on thrift in the next five years.