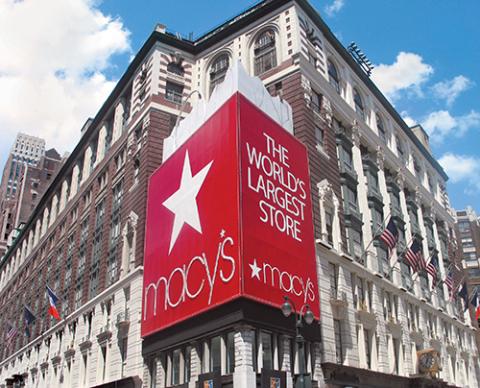 Macy's is ramping up its workforce with both seasonal and permanent positions.

The department store retailer plans to hire approximately 76,000 full- and part-time employees at its Macy’s, Bloomingdale’s and Bluemercury stores, call centers and distribution and fulfillment centers. Approximately 48,000 of the roles are for the holiday season. The remaining roles, about 28,000, are permanent opportunities to join Macy’s on a part- or full-time basis for the holidays and beyond.

Macy’s will hold a national hiring event on Thursday, Sept. 23. Events will be held at more than 500 stores across the country from 11 a.m. to 7 p.m. in local time zones. Candidates are encouraged to apply online in advance of the hiring event, and the company noted that it conducts most interviews for store positions online. Applicants often receive an offer the same day they apply. Walk-in applicants are also welcome for an on-the-spot interview during the hiring event.

Here is how the hiring breaks down:

• Approximately 50,000 Macy’s employees, 4,100 Bloomingdale’s employees and 315 Bluemercury colleagues will be hired for a variety of store roles. The majority of the positions are on the customer sales and experience team as well as within merchandising and operations. Opportunities range from entry-level roles to executive roles.

• Approximately 21,200 of the 76,000 positions are in fulfillment centers for positions that include warehouse workers and forklift drivers. The majority of these positions are located in Goodyear, Ariz.; Sacramento, Calif.; Cheshire, Conn.; Joppa, Md.; North Jackson, Ohio; Secaucus, N.J.; Tulsa, Okla.; Portland, Tenn.; and Martinsburg, W. Va. The centers will participate in Macy’s national hiring event on Sept. 23.

• Approximately 300 individuals will be hired for Macy’s Credit and Customer Serviceto support the digital and in-store shopping experience and manage relationships with the company’s omnichannel and credit cardholder customers.

• More than 200 technology-based job opportunities are currently available at Macy’s Johns Creek campus in the suburbs of Atlanta. The majority of the available roles are centered on software development, including junior and senior-level software engineers, as well as software architects to guide technology strategy, lead design, configuration and implementation.

Amid the labor crunch, Macy’s is adding an incentive to encourage existing employees to recruit new employees. Colleagues may be eligible to earn a referral bonus of up to $500 for every friend and family member they recruit to join Macy’s.

[Read More: Kohl’s adds bonus program as its looks to hire 90,000 holiday workers]
The retailer noted that a seasonal position at Macy’s.  does not need to end after the holidays.