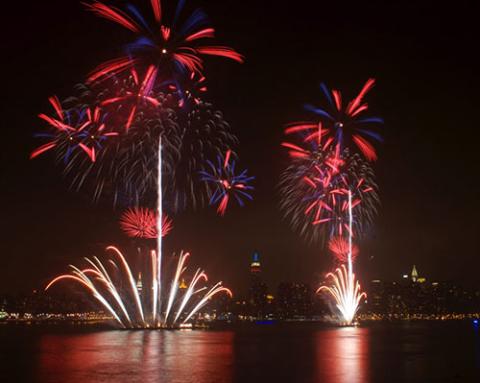 The show must go on — at least when it comes to Macy’s iconic 4th of July fireworks extravaganza.

The annual spectacle, which typically draws thousands of New Yorkers to peak viewing areas, has been redesigned as a series of five-minute unannounced displays in every borough of the city. The displays, running Monday, June 29, through Saturday, July 4, are purposely brief so that they will be over before a crowd can gather in any one place to watch, Macy’s said.

The fireworks will be launched from one or two land- or water-based locations and will be done in the company’s signature pyrotechnic scale with thousands of shells reaching heights up to 1,000 feet. The assorted shows, along with a live finale, will be presented on NBC’s annual show, “Macy’s 4th of July Fireworks Spectacular, “on July 4, from 8 p.m. – 10 p.m. ET.