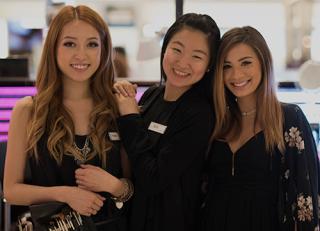 Macy’s holiday hiring is on pace with last year, but it’s increasing seasonal positions in a fast-growing area of its business.

The department store giant plans to hire approximately 80,000 workers for positions at its Macy’s and Bloomingdale’s stores, call centers and distribution and fulfillment centers for the 2019 holiday season. The company’s physical stores will still account for a majority of the hires, but about 30,000 of the 80,000 seasonal positions will be based in fulfillment facilities, which is up some 6,500 positions from 2018.  Approximately 1,000 workers will be hired to assist customers via telephone, email and online chat at customer service centers.

In addition, 1,000 people will be hired to support the 93rd annual Macy’s Thanksgiving Day Parade, Santalands, and other iconic holiday events.

“Our colleagues play an important role in providing the iconic Macy’s and Bloomingdale’s holiday experiences,” said John Harper, Macy’s chief stores officer. “We pride ourselves on being an employer of choice in all markets where we do business. Our colleagues receive a competitive hourly rate, which is paid weekly, and the opportunity to earn our Path to Growth Incentive, a quarterly bonus offered to all colleagues who qualify. Seasonal colleagues also receive a 20% merchandise discount and access to flexible scheduling with the ability to swap and pick up available shifts.”

Macy’s will hold a national hiring event on Thursday, October 24, 2019, from 11 a.m. – 7 p.m., in local time zones. Events will be held at all stores, call centers, and distribution and fulfillment centers.