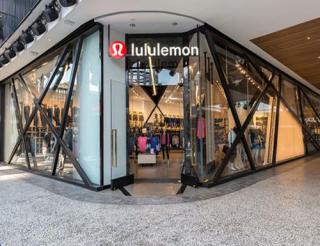 Lululemon will open its first-ever stores in Spain in the fall.

The athletic apparel and accessories retailer said it will open two stores and launch a dedicated e-commerce site in Spain. It will be the first new market that Lululemon has entered in Europe since 2019.

The company plans to open its first Spanish locations in September, in the heart of Madrid and Barcelona’s shopping districts, on Calle Serrano and Paseo de Gracia respectively. The e-commerce site will launch in late July.

Lululemon currently has nearly 40 stores across eight countries Europe, with locations in in France, Germany, Ireland, the Netherlands, Norway, Sweden, Switzerland and the U.K.  It also ships to additional countries across Europe via its EU website.

“We’re looking forward to connecting with Spanish guests, through our website and at our first retail stores opening in Madrid and Barcelona,” said André Maestrini, executive VP, international. “The strength of our model across product innovation, guest experience, community and culture provides a unique advantage as we introduce lululemon to our newest market.”

The expansion into Spain comes as Lululemon shows no signs of losing the momentum it gained during the pandemic. In June, it https://www.chainstoreage.com/lululemons-momentum-shows-no-signs-stopping  reported first-quarter net income of $190 million, up from $145 million in the year-ago period. Net revenue increased 32% to $1.6 billion.

Earlier this year, Lululemon unveiled a five-year plan to double its revenue by 2026 to $12.5 billion. Market expansion is one of three key pillars in its growth strategy, which includes a quadrupling of its international revenue from 2021 levels by year-end 2026, lululemon The brand has said it sees significant runway in both new and core markets.