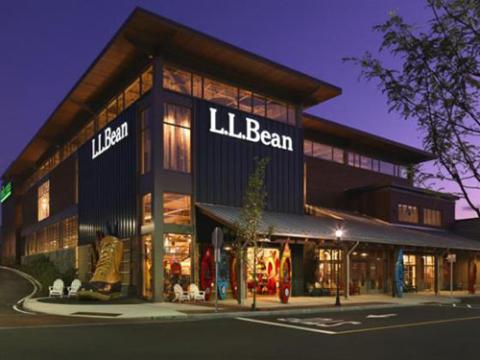 L.L. Bean has unplugged itself from all social media for the month of May.

L.L. Bean is taking a break and going back to where it all started: the outdoors.

The iconic outdoor retailer has gone “off the grid’ and has paused posting across all social channels for the full month of May in recognition of Mental Health Awareness Month. L.L. Bean said it has wiped its Instagram clean, leaving behind a few resources encouraging people to get outside — however, wherever and whenever they can.

As part of the initiative, Bean also announced a $500,000 grant and two-year partnership with Mental Health America. This partnership will help reach people through community-based, mental health programs, research and multimedia campaigns aimed at creating connection and inclusion in the outdoors and uncovering the benefits of time spent outside on mental wellbeing.

Various studies have shown spending time in nature has significant benefits, including greater creativity, lower levels of stress, increased self-esteem and reduced anxiety. Spending time in green spaces, such as a park or other natural environment, for as little as two hours per week, has been shown to have a significant positive impact on both physical and psychological health, according to Bean.

"For more than a century, L.L.Bean has helped enable people to get outside, based on the belief that experiences in nature help bring out the best in us," said Shawn Gorman, L.L.Bean executive chairman and great-grandson of Leon Leonwood Bean. "Now, research confirms what we have always felt intuitively: Going outside is critical for our individual and collective well-being. We are so enthusiastic to partner with Mental Health America to help more people experience the restorative power of the outdoors in their daily lives."

According to Mental Health America president and CEO Schroeder Stribling, reprioritizing time in the outdoors is a simple, powerful act.

"Even a simple walk outside can lower your risk of depression, strengthen cognitive function and increase focus,” he said. “All of these effects improve our mental health and well-being at a time when we need it most. The good news is that it does not take much to reap the benefits – ten minutes outside here and there will add up over time and lead to better mental health."

L.L.Bean operates 56 stores in 19 states across the United States, along with 24 stores in Japan and eight stores in Canada in partnership with Jaytex Group.  The company was founded in 1912 by Leon Leonwood Bean and began as a one-room operation selling a single product, the Maine Hunting Shoe. Still family-owned, Shawn Gorman, great-grandson of Leon Leonwood Bean, was named chairman in 2013.